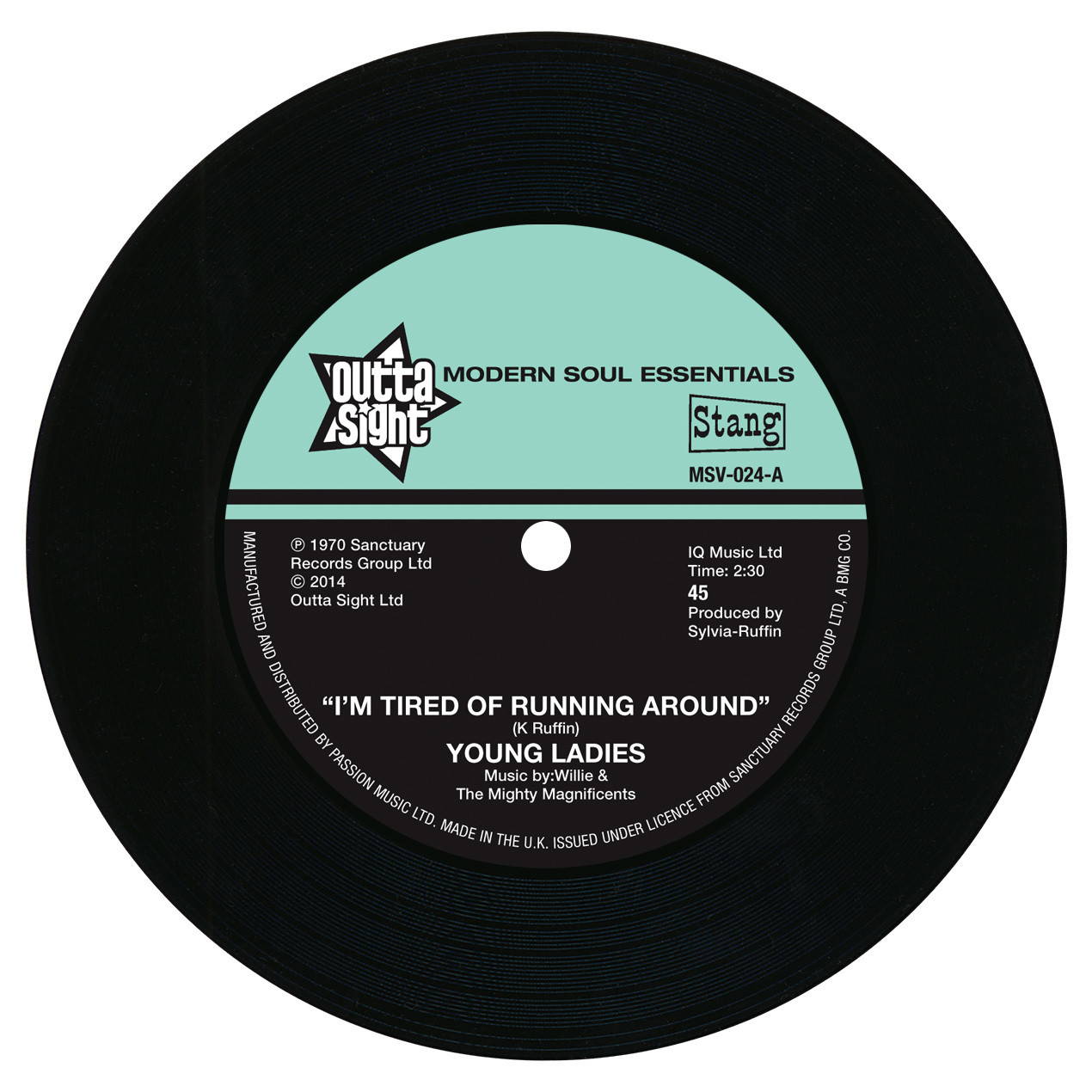 A. Young Ladies - I'm Tired Of Running Away

The YOUNG LADIES, from Orange, New Jersey, recorded their super-rare Stang 45 at the Soul Sound Studios in Englewood 1970. The top side is the Low Rider throwback “He’s Gone To Another” which was a popular radio spin at the time on the East Coast. It was also recorded in the same year by label mates The Whatnauts on their Introducing The Whatnauts album. However, it is the flip side, “I’m Tired Of Running Around” that is in demand on the UK Northern Soul scene which has fueled the rapid price rise in recent. Both sides were written by Kenneth Ruffin and co-produced by Ruffin and label owner Sylvia Robinson. The backing track was arranged and performed by house band Willie & The Mighty Magnificents.

Our chosen B-side is the later, 1978, soul/funk rarity “(I’m In) The Prime Of Love” by B.B.P. (aka Business Before Pleasure). The band were originally formed in Queens, New York, by keyboard player Brian Hamilton in 1974. One of their early lead vocalists was Ila Vann who cut a demo of the track when they originally signed to the All Platinum group in ’77. But, it is Melissa (Meli’sa) Morgan who can be heard on the Stang 45. Morgan went on to score a top ten R&B hit in 1986 with her cover of Prince’s “Do Me Baby”.