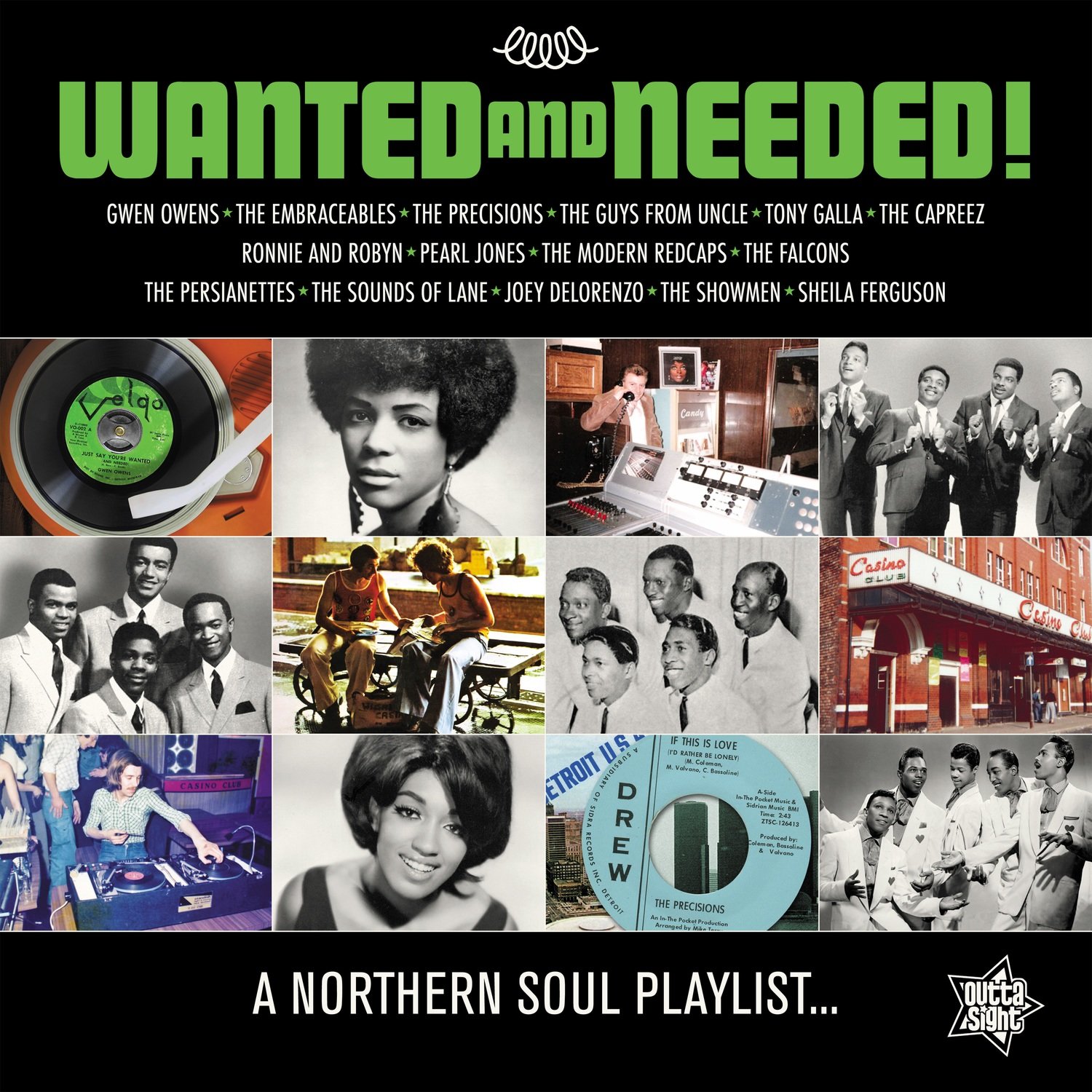 WELCOME TO Wanted And Needed, a Northern Soul playlist befitting of any discerning DJ and one that would happily slot into any Soul Night, All-Nighter or Weekender today.

Some of our discs were first spun as far back as the Twisted Wheel, such as The Precisions’ floorpacker “If This Is Love”. Others were unreleased at the time of recording and have found favour in more recent times, such as The Persianettes “Run Run” (originally covered up as “You Better Get Away” by The Sequins). Also unreleased at the time was Pearl Jones’ infectious “Give Me Another Chance”, a Sidra recording that finally surfaced in 2001 on a company acetate. Jones also appears here on her own composition “Let My Baby Go” as a member of the Embraceables. Another of our featured tracks that eluded the Northern Soul scene at the time is Joey Delorenzo’s feel-good “Wake Up To The Sunshine Girl” issued in 1973 on the tiny Mi-Val label but sounds much earlier and probably is. The unknown Delorenzo was reputedly a local car salesman with a passion to become a recording artist. He finally got his 3 minutes 15 seconds of fame in return for a generous deal down at the lot!

Our playlist kicks off with a real heavyweight of the UK Rare Soul scene, our title track, the legendary “Just Say You’re Wanted (And Needed)” by Gwen Owens. A flop in America, it wasn’t until 1976 that this – already rare – 45 finally made it to these shores and shook the Casino walls. The action is relentless with 100% floorpackers courtesy of The Precisions, Tony Galla, The Capreez, Ronnie And Robyn with their vocal to “Sidras Theme”, The Falcons, and Mickey Lee Lane (aka Sounds Of Lane) with his raucous instrumental “Tracks To Your Mind”.