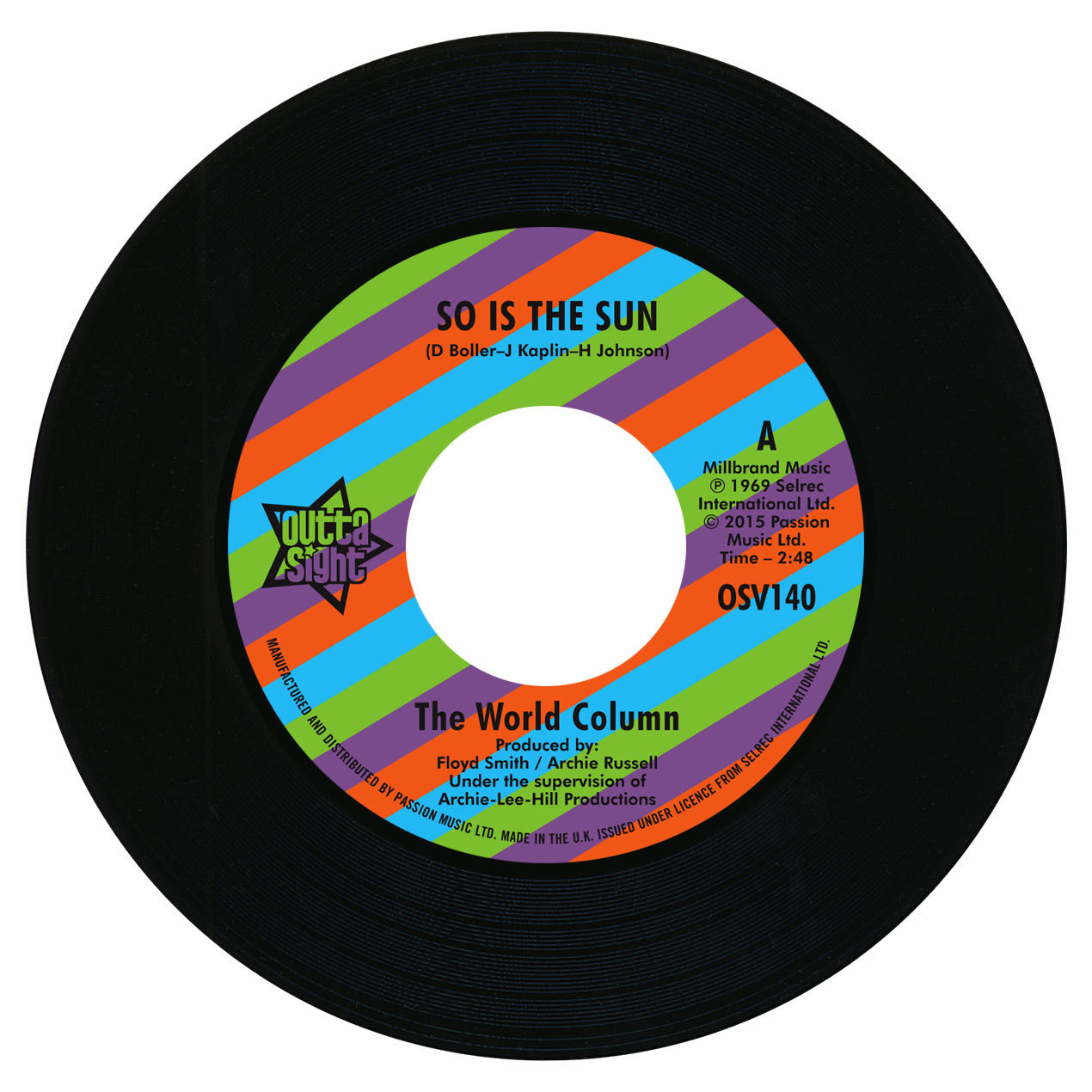 A. The World Colum - So Is The Sun
B. Prince George - Wrong Crowd

“So Is The Sun” by The World Column is one of those few records that stand alone, almost in a category all of its own. It’s funk, it’s soul, it’s old, it’s new, it’s northern, it’s modern – it’s all of those, and it’s a psychedelic, Sly & The Family Stone, 2 minutes and 48 seconds of wonderment. Underlpinning everything is its relentless stomping beat which ultimately appealed to Northern Soul dancers at Wigan, Cleethorpes and Blackpool Mecca, and Paul Weller of The Jam – check out their “Trans Global Express”! What could possibly follow “So Is The Sun”? It must have been a puzzle for any DJ at the time, but with the benefit of hindsight, Prince George’s “Wrong Crowd” is about as good as it gets. A fabulous D.P.G recording from 1972.