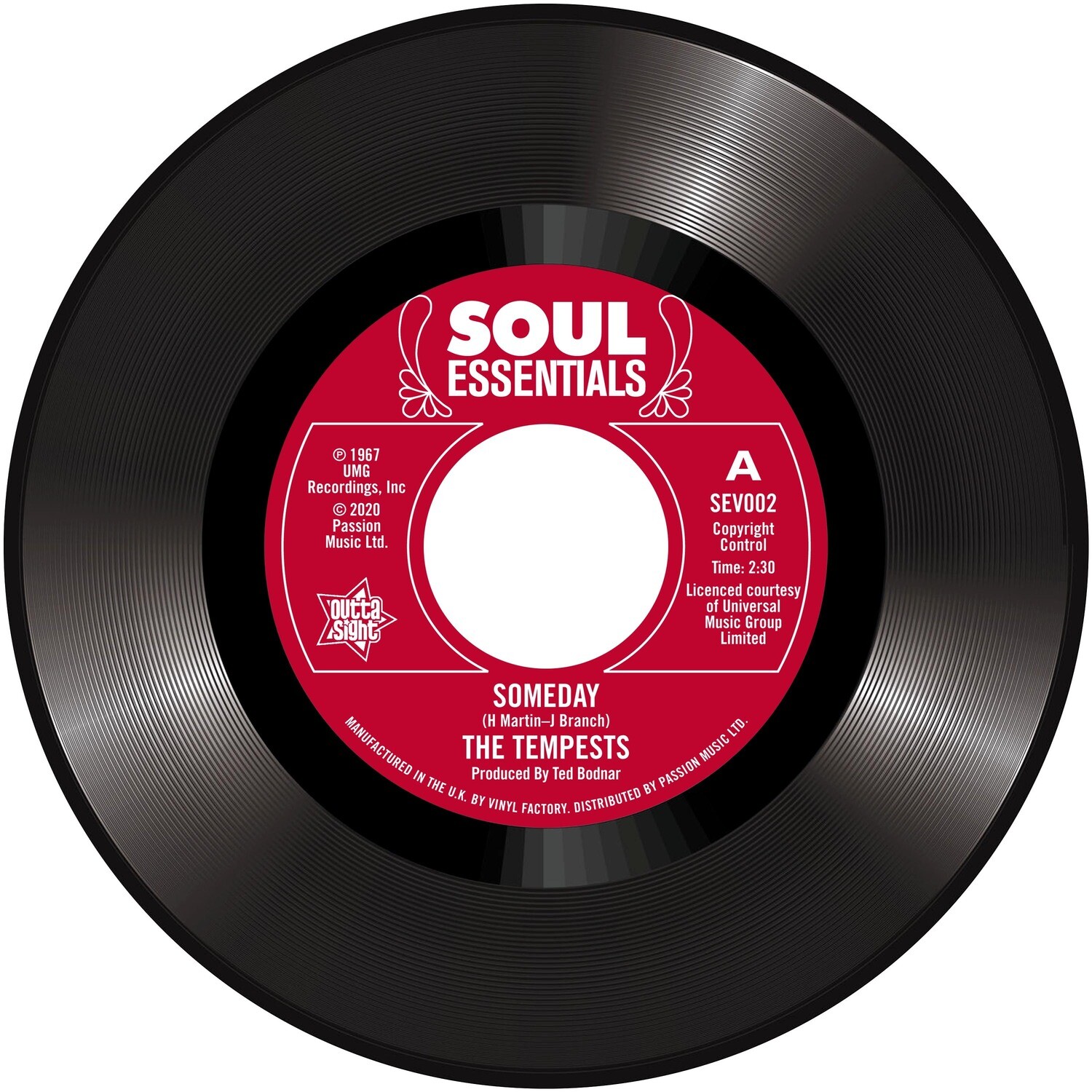 2020 finally sees the long-awaited follow-up to the mega-succesful Frank Wilson 45 in our ‘Soul Essentials’ series. And they don’t come more “essential” than The Tempests “Someday”. What a fabulous record and a top notch dancer to boot!

For many, “Someday” is the Northern Soul sound of the millenium, and it truly is! But we have to go much further back in time to find it’s roots on the scene. Back another twenty years in fact, back to the eighties to the “discovery-city” of Stafford where it was first played to an astonished and eager audience.

It was originally released as an LP-only track on the album ‘Would You Believe’ on Smash Records in 1967. And what an incredible album it is offering up a number of potential B-sides for our single: the title track, plus a very credible rendition of “Ain’t No Big Thing”, “Happiness”, “I Cried For You” and “What You Gonna Do” – all totally fantastic. But, we went with the stunningly sublime and pleading “I Don’t Want To Lose Her” dripping in tortured emotion that sends shivers across the dance floor!

The Tempests were originally an all-white 10-piece outfit formed in the early-Sixties in Charlotte, North Carolina. They went through a number of personel changes over the years but by the time they signed to the Mercury owned ‘Smash’ label their unique sound featured black vocalist, Hazel Martin. It is Martin’s implouringy desperate delivery that resonated instantly with the Northern Soul scene propelling the band to iconic status.

Now, over fifty years on, the two standout tracks from the album are available back-to-back for the very first time!

Also, still available the No.1 oldie “Do I Love You” by Frank Wilson SEV001