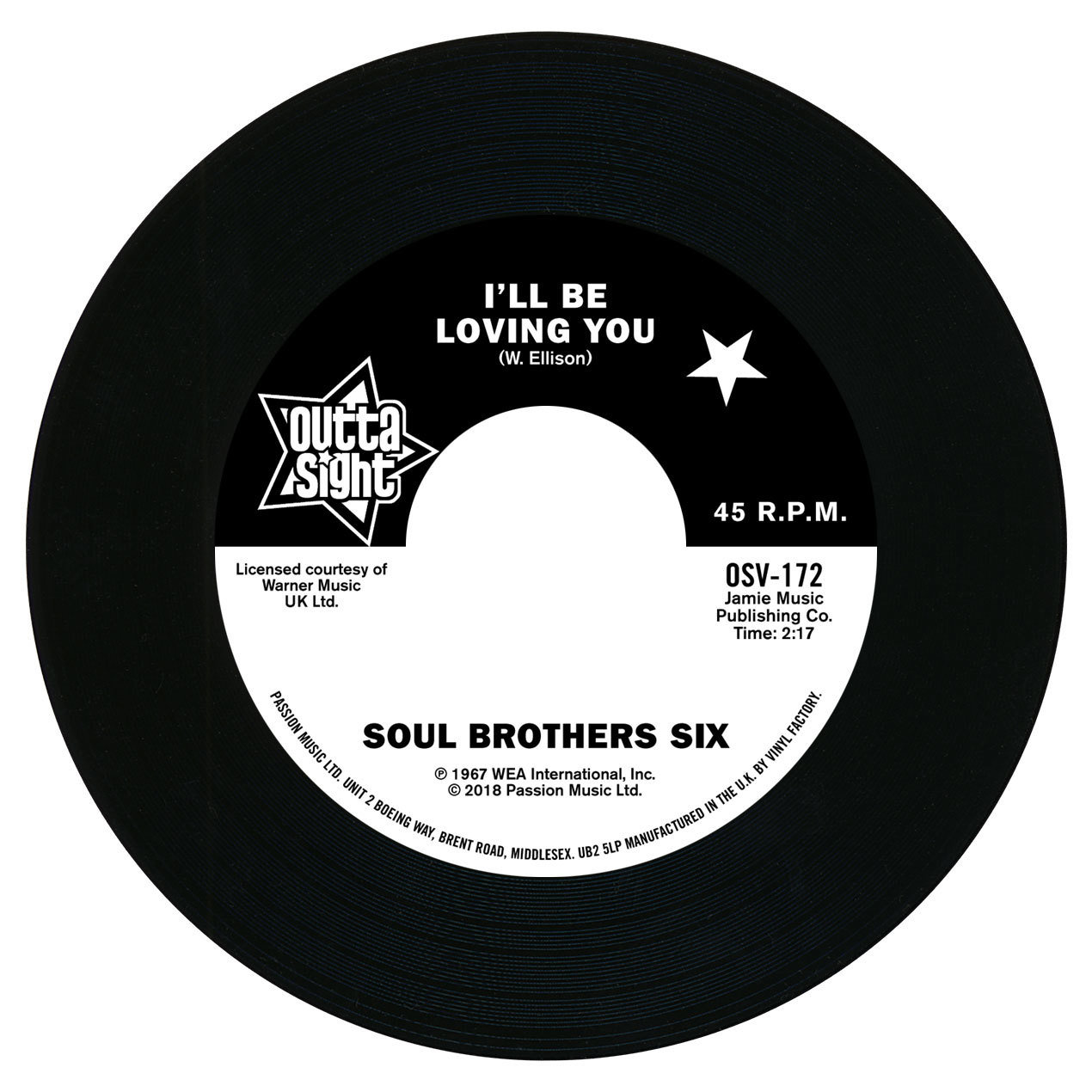 A. The Soul Brothers Six - I'll Be Loving You
B. Willie Tee - Walkin' Up A One Way Street

THE SOUL BROTHERS SIX hailed from Rochester, New York and have played a part on the Northern Soul scene for over 50 years. Their first recording, for ‘Lyndell’ Records in 1966, is now a 3-figure rarity, but it is their debut disc for Atlantic, “I’ll Be Loving You”, that first graced the decks at the Twisted Wheel, The Pendulum et al and has become a perennial Northern Soul favourite. At the time of release tt was the B-side to “Some kind Of Wonderful” which took the disc to No.91 on the R&B charts.

WILLIE TEE has also been a familiar figure on the rare soul scene since the early Mod clubs with his architypal New Orleans mid tempo soul sound. His early recordings on ‘Gatur’ rank as some of the most collectable 45s to emanate from the Crescent City. Here we feature his club classic from 1964, the anthemic “Walkin’ Up A One Way Street”.