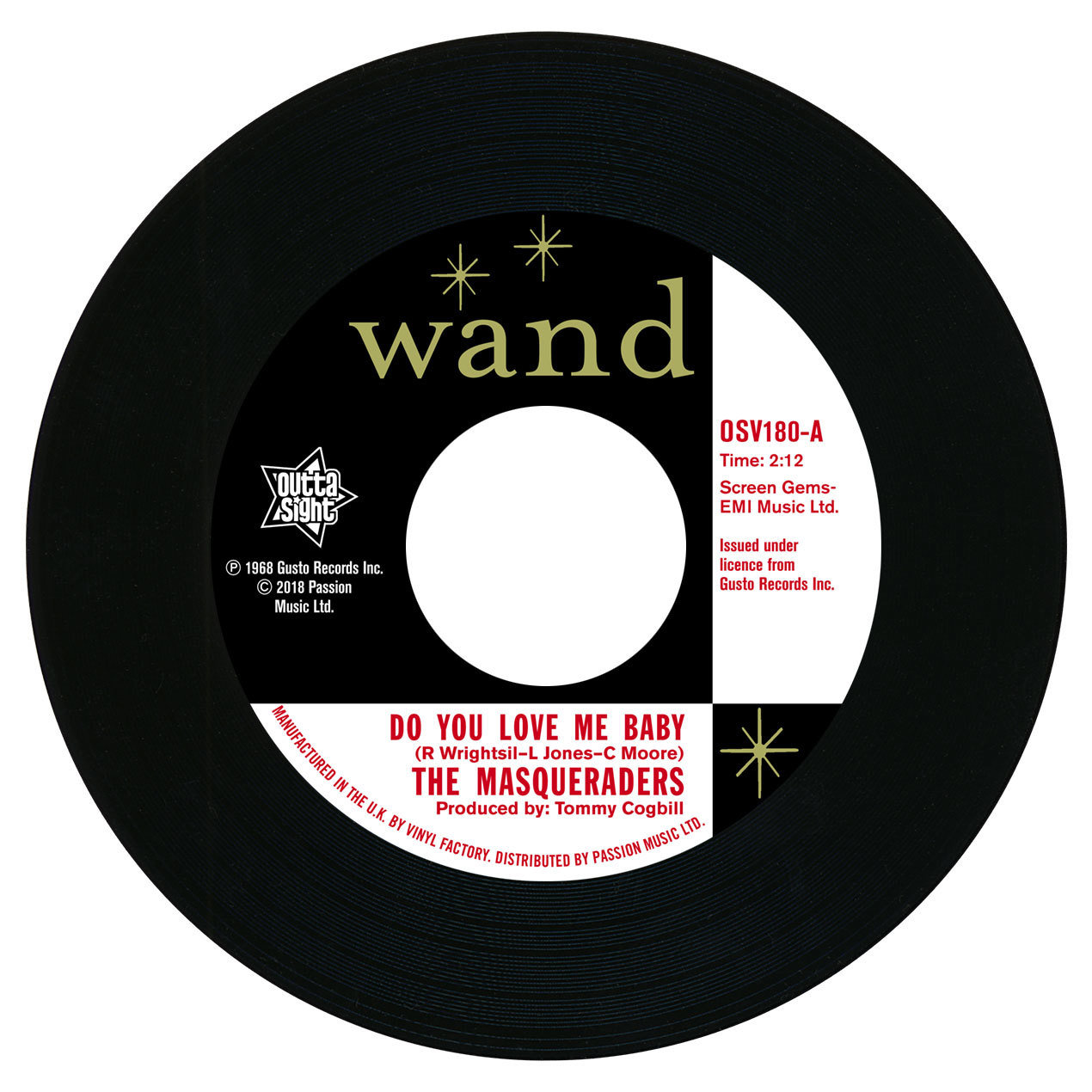 The Masqueraders / The Gentlemen Four

A. The Masqueraders - Do You Love Me Baby
B. The Gentlemen Four - You Can't Keep A Good Man Down

OUTTA SIGHT, in association with Gusto Records Inc., present 50 years of Northern Soul excellence. Recorded in 1968, both side of this stunning 45 now command over $1,000 from todays rare soul collectors, making this anniversary disc the ultimate double-sider!

THE MASQUERADERS had already recorded sides for La Beat, Soultown and Tower before signing to Wand. The five-piece group initially modelled themsleves on popular acts of the day which inspired their name ‘The Masqueraders’. They even scored an interview at Motown, but were told that they already The Temptations!

“Do You Love Me Baby” was the group’s second single on Wand 1172 in February 1968 but unfortunately it failed to gain any momentum at the time. They were dropped by the label and signed to Larry Utall’s Bell Records who took them to #7 in the R&B charts with “I Ain’t Got Nobody Else” later that year. But, it is the awesome “Do You Love Me Baby” that hit with the UK soul fans and remains a dancefloor favourite 50 years on.

THE GENTLEMEN FOUR recorded just one single for Wand Records in April 1968, produced by the label’s superstar Dionne Warwick. The top-side was the sublime “It Won’t Hurt” originally recorded by The O’Jays. “You Can’t Keep A Good Man Down” was consigned to the B-side and although it sank without trace at the time it certainly hit with the dancers back in the UK on the Northern Soul scene.