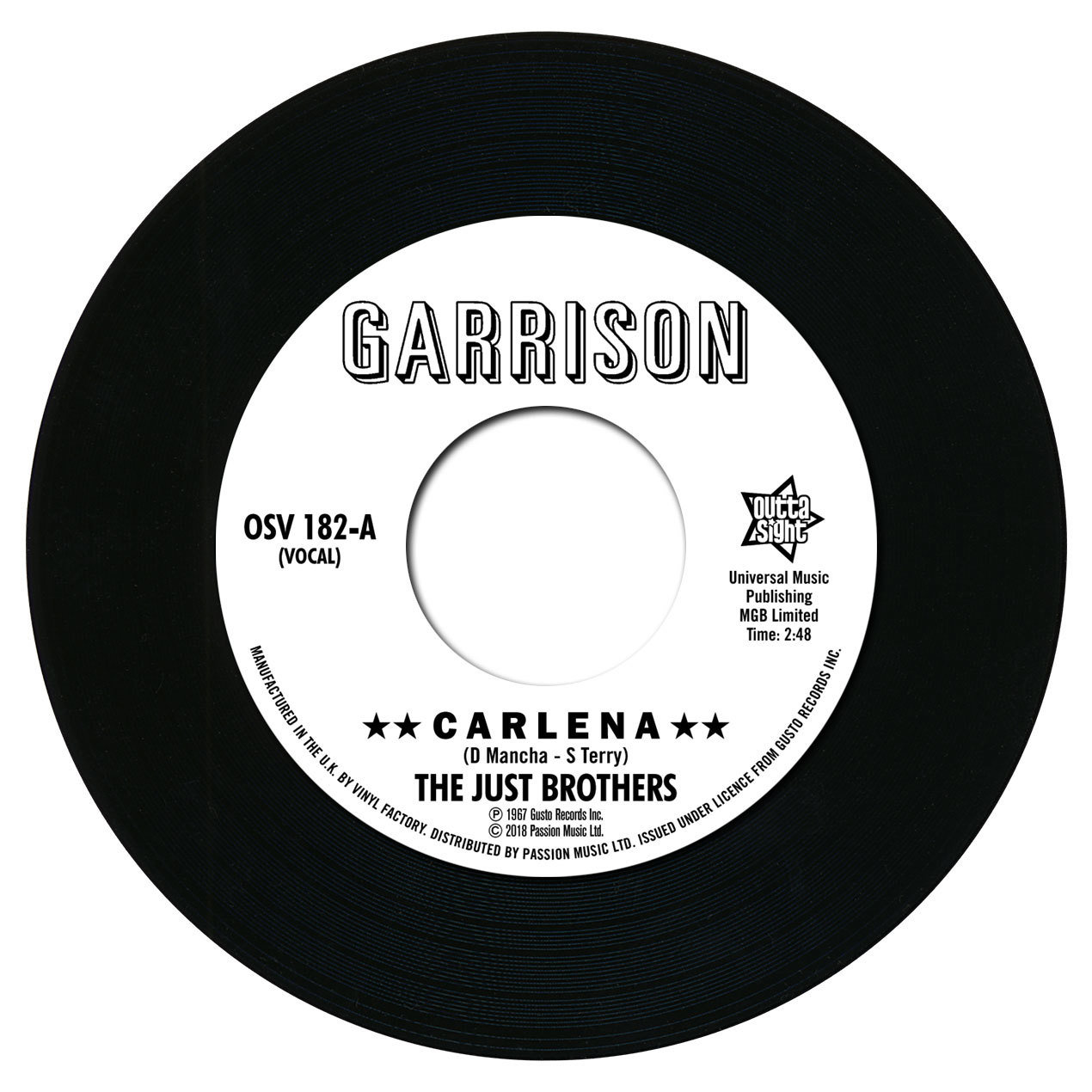 The Just Brothers / The Honey Bees


A. The Just Brothers - Carlena
B. The Honey Bees - Let's Get Back Together

THE JUST BROTHERS were Jimmy and Frank Bryant and are best known for their throw-away instrumental “Sliced Tomatoes” that first graced the scene at Blackpool Mecca. “Carlena” is a different beast altogether, a powerful slice of gritty uptempo soul propelled by various members of Motown’s Funk Brothers. A collector’s item that was first picked up by Wigan Casino DJ Richard Searling on a visit to Soul Bowl circa 1976-7, a trip that also produced the first copy of The Honey Bees’ “Let’s Get Back Together”, both on the Garrison label, reputedly part-owned by Mike Terry, and both incredibly rare, approaching a combined $5,000 in today’s market!

THE HONEY BEES were an indemand, for-hire, backing vocal group working the New York circuit in the mid-Sixties and can be heard, in fine voice, supporting Jack Montgomery (real name Marvin Jones) on his superb Barracuda 45 “Don’t Turn Your Back on Me”. Here they deliver their own, much deserved, recording, co-written by Don Mancha and Wigan’s adopted son, the late, great Edwin Starr.