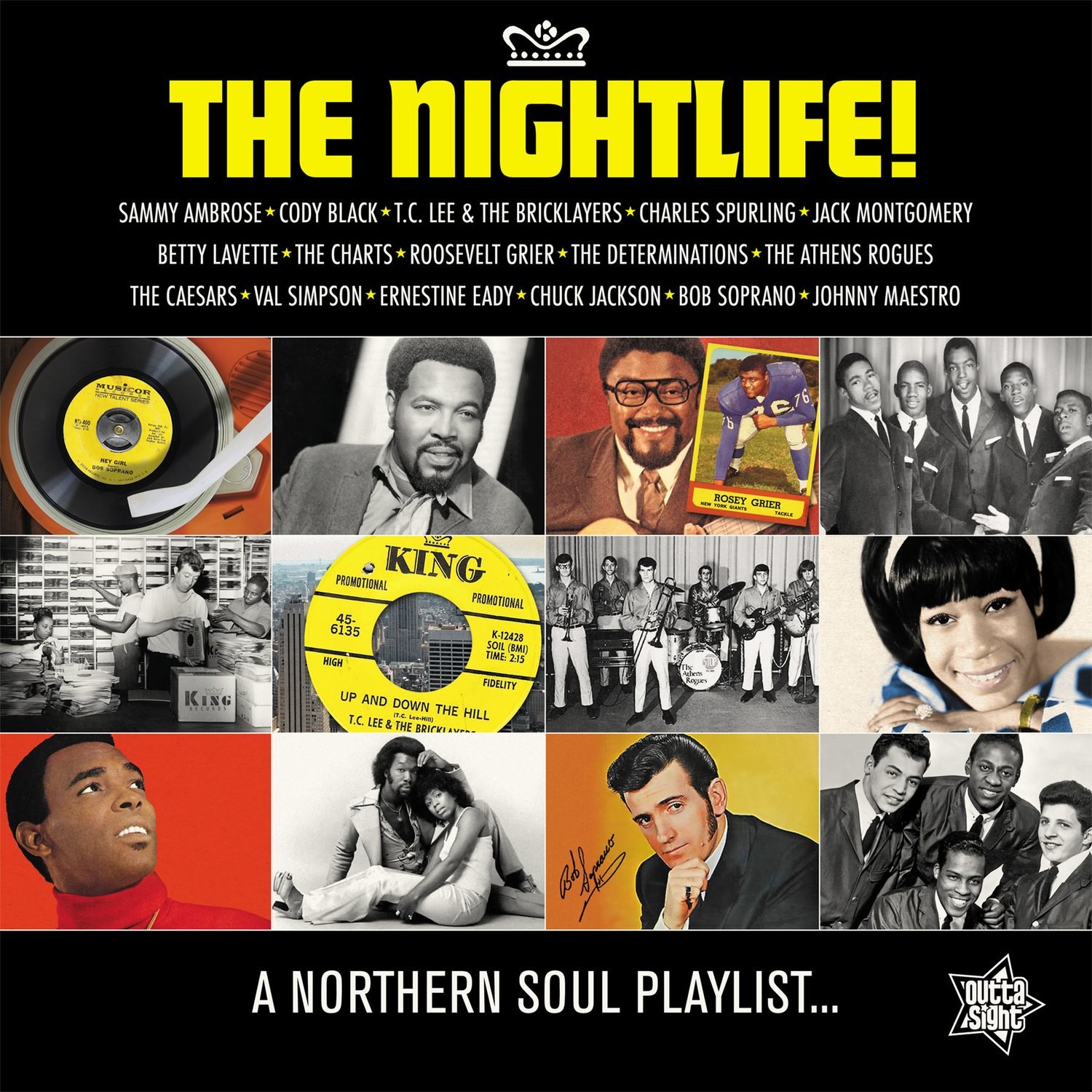 THE NIGHTLIFE! A Northern Soul Playlist...

THE NIGHTLIFE! A Northern Soul Playlist...

WELCOME TO ‘The Nightlife!’, a Northern Soul playlist spanning the decades and as relevant today as when some of these discs were first spun at the height of the scene in the mid Seventies. Our exclusive playlist features many perennial favourites such as the 100 Club anthem “Welcome To Dreamsville”, the Stafford floor filler “I’m Slowly Molding” and Jack Montgomery’s Wigan Casino spin “Do You Believe It”.

We also showcase tracks that were unreleased at the time and a number of elusive 45s such as our choice cuts from King Records including the aforementioned monster double-sider by Cody Black plus T.C. Lee & The Bricklayers “Up And Down The Hill”, Charles Spurling’s “She Cried Just A Minute” and the seldom heard “Bing Bong” by The Determinations which completes our royal hand. Other rarities worth a mention are “In My Tenement” by former New York Giants football player Rosey Grier and “She Could Love Me” by the eight-piece high school band from Athens, Georgia... The Athens Rogues. Chuck Jackson renders a killer version of the Bond-esque “The Silencer”, originally recorded by Vikki Carr for the Dean Martin movie ‘The Silencers’. It was “silenced” at the time and would have to wait almost thirty years before it was finally discovered by Ace Records in the early Nineties. But the star of the show is Bob Soprano with his stunning mid-tempo rarity “Hey Girl”. Our playlist borrows its name from the song “Livin’ The Nightlife” by The Charts, a Fifties doo-wop group better known for their 1957 hit “Deserie”, but it is the $500 “Nightlife” that resonated on the Northern Soul scene.