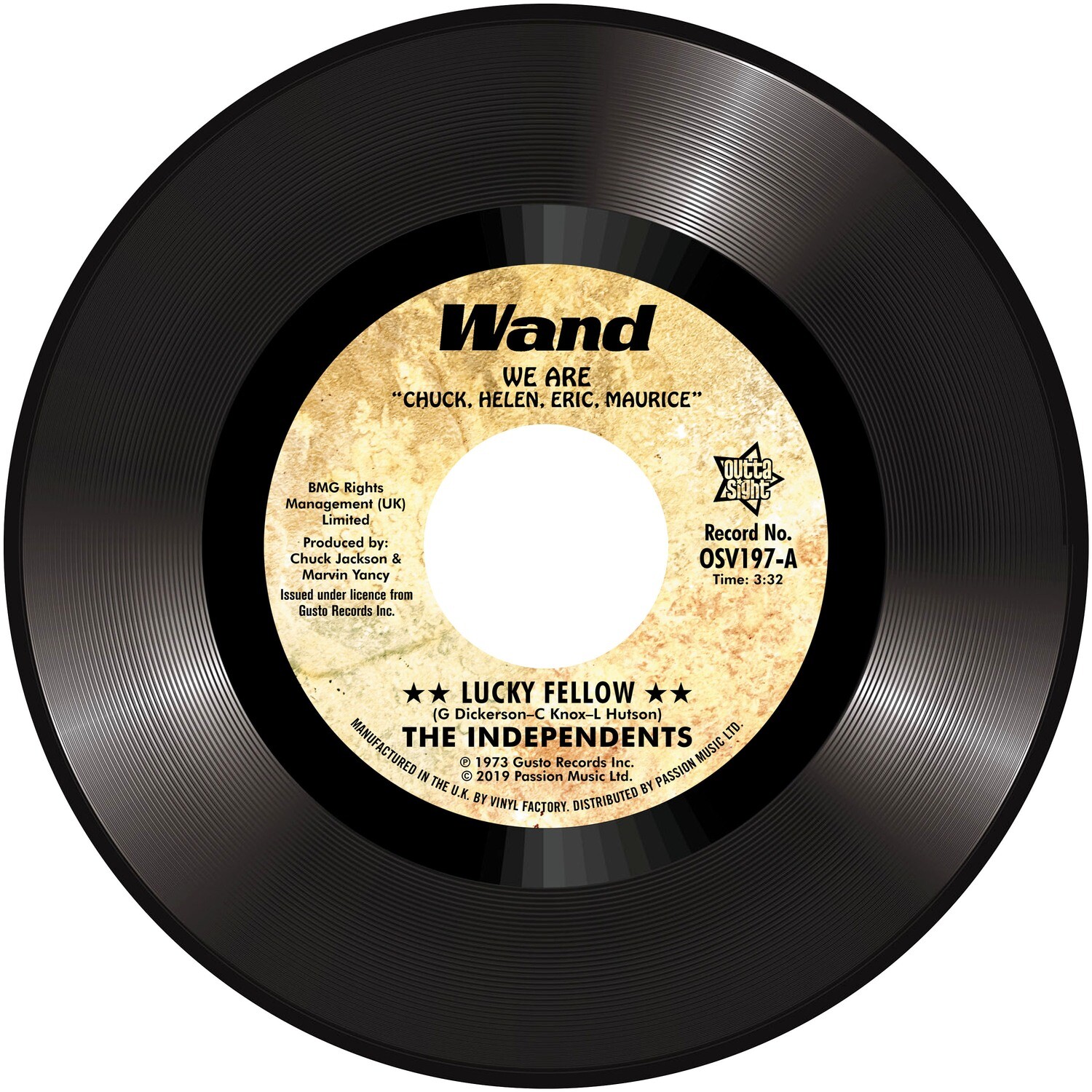 THE INDEPENDENTS, were a formidable Seventies Soul vocal group who scored an R&B #1 in 1972 with “Leaving Me” and seven other top 50 R&B hits, five of which crossed over to the Hot 100. They were originally a three-piece featuring Charles “Chuck” Jackson (related to Reverend Jesse Jackson), Helen Curry, and Maurice Jackson; together they debuted on Wand Records in 1972 with their album ‘The First Time We Met’ which features our B-side “I Love You, Yes I Do”. The following year they were joined by Eric Thomas and released the album ‘Chuck, Helen, Eric, Maurice’ which includes our chosen top-side “Lucky Fellow”. This stunning track never made it on to a single – until now – and is actually a remake of the original which was by band member Maurice Jackson in 1971, issued on ‘Candle Lite’ and a little later on ‘Lakeside’, both, of course, long before Leroy Hutson!