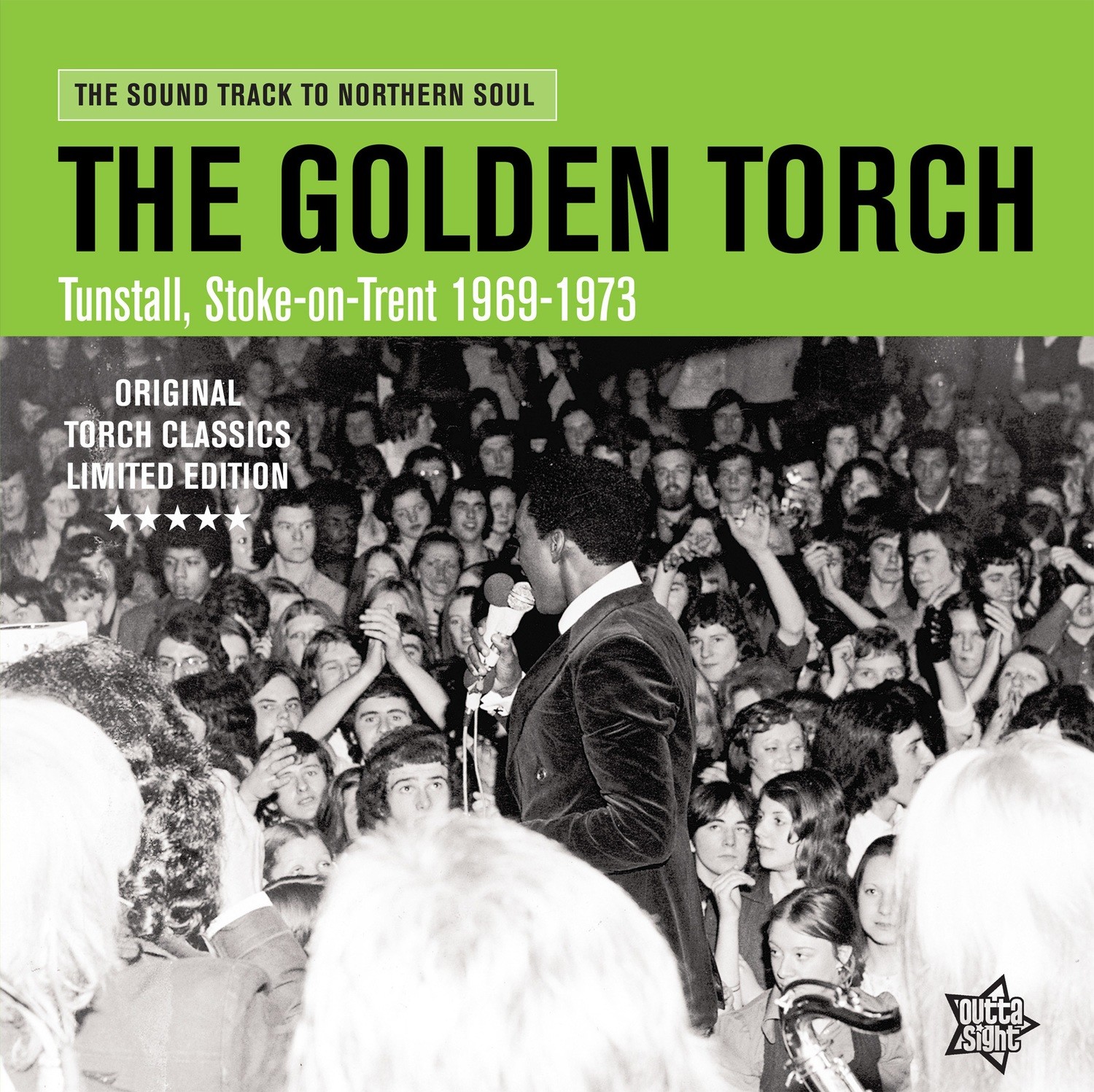 NORTHERN SOUL was born in the Twisted Club, Manchester, but it came of age in the Golden Torch Ballroom, Stoke-on-Trent. Outta Sight pay homage to the iconic venue with 14 original tracks culled from the legendary playlist.

The original Torch building, on Hose Street in Tunstall, dated back to 1824, when it started out life as a church before becoming a roller-skating arena and then a cinema. It was finally bought by local entrepreneur Chris Burton in 1965 who turned it into a cabaret club promoting star turns of the day.

It wasn’t until 1969 that a regular soul night began, hosted by budding DJ Keith Minshull. By 1972 the All-Nighters had taken over establishing the Torch as the country’s No.1 soul venue.

“There is no disputing that the Torch is a shining oasis in a desert of nonentities calling themselves clubs. Every Saturday night they cram hundreds of Soul folk inside their four walls. Above all, this Victorian bastion has one thing that so many places completely lack – Atmosphere!” (' Blues & Soul' issue #103, Feb 16 - Mar 1, 1973)