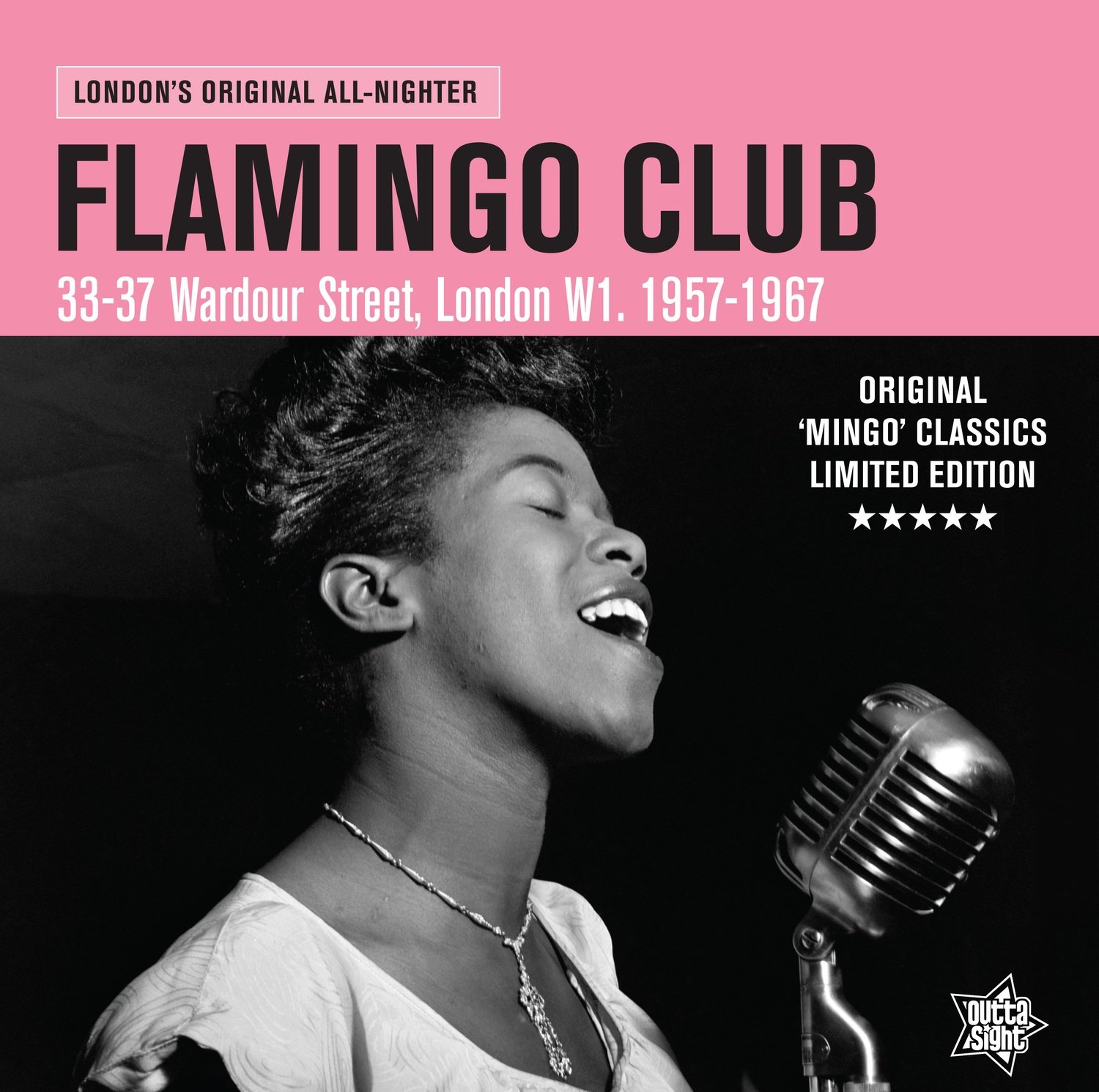 JEFF KRUGER’S FABULOUS FLAMINGO originally operated from the basement of the Mapleton Restaurant in Coventry Street, London and was known for its sophisticated Jazz suppers. In April 1957 the club moved to Wardour Street where it soon became famous, some might say ‘infamous’ for its weekend ‘All-Nighters’ staying open until 6am every Friday and Saturday night. In 1959 Kruger hired brothers Rik and Johnny Gunnell to manage the ‘Mingo’ and develop the ‘All-Night’ scene introducing the signature sound of jazz-tinged rhythm and blues and proto-soul!

Post 1959 The Flamingo’s character changed dramatically from its refined, jazz ethos to an altogether more up-front R&B and Ska policy that appealed to black American G.I.s stationed outside of the city and the Caribbean community who were fundamental in the clubs ‘fully-amplified’ sound system, the first of its kind in the capital. The ‘Mingo’ became synonymous with the birth of the Mod movement but it also attracted the London underworld and in 1963 it witnessed a notorious fight between two of Christine Keeler’s lovers that in turn laid bare the Profumo Affair!

Here we present a soundbite of the Flamingo, circa 1962, capturing the best of the “canned” music and showcasing visiting American talent alongside British modernists who honed their sound in the club.