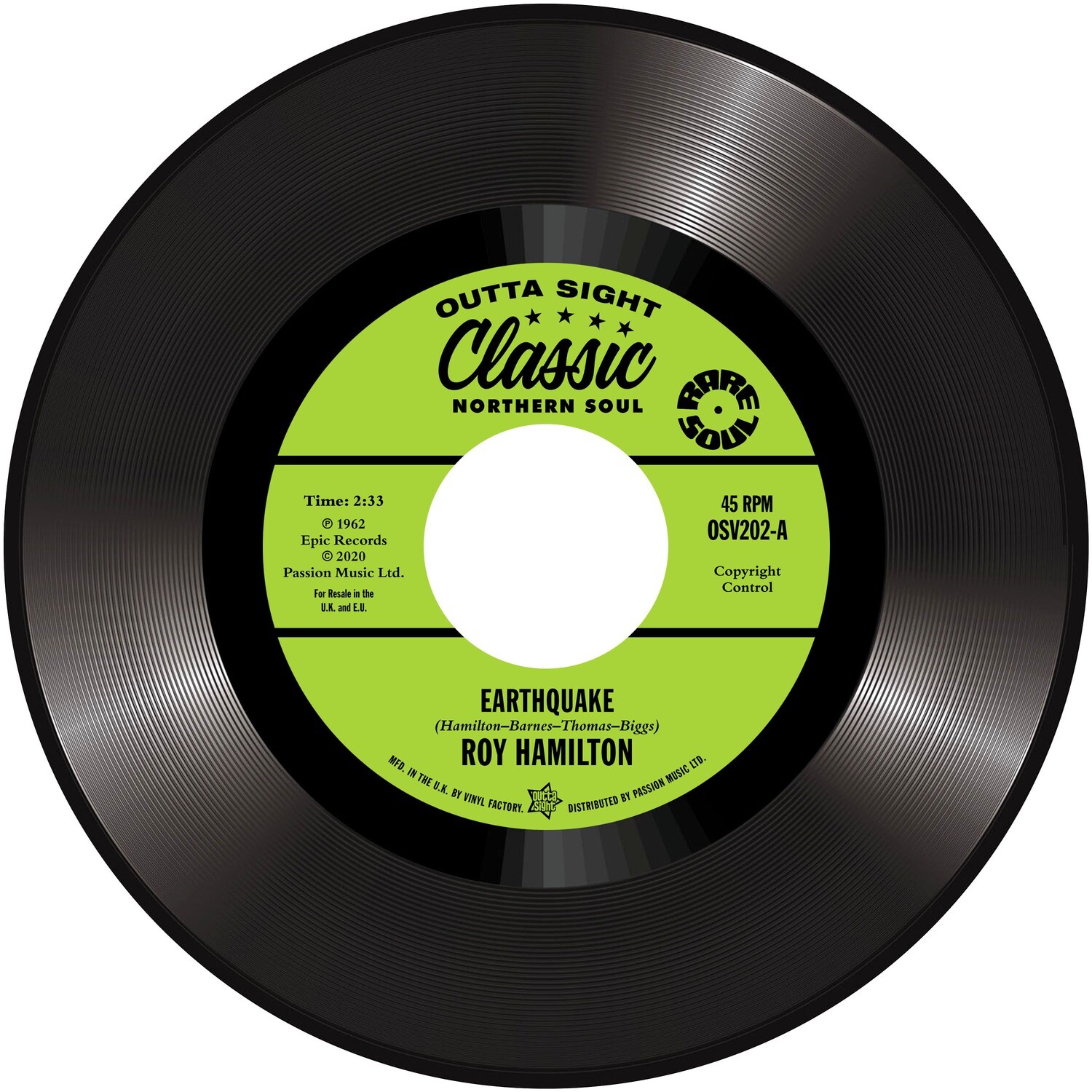 A. Roy Hamilton - Earthquake
B. H B Barnum - It Hurts Too Much To Cry

Outta Sight’s collectable ‘Classics’ series continues with two real heavyweight’s of the rare soul scene, face-to-face for the very first time. Together, these two icons helped define, not only Northern Soul, but the soul music genre… and now, almost sixty years on, they go head to head.

In the blue corner is former commercial artist and amateur heavyweight boxer Mr Roy Hamilton who set the dancefloors trembling across the North of England when his 1962 “Earthquake” was finally unleashed on the Northern Soul scene. Hamilton was already a huge star in America scoring two R&B No.1’s in 1954 and ’55 with the standards “You’ll Never Walk Alone” and “Unchned Melody”. But, he will forever be remembered in the U.K. for his Northern anthems “Crackin’ Up Over You”, “The Panic Is On”, “You Shook Me Up” and the explosive “Earthquake”.

In the red corner is the multi-talented actor, pianist, arranger, producer, songwriter and singer Mr H. B. Barnum who’s early belter “It Hurts Too Much To Cry” belies its 1962 recording date. Barnum also scored on the rare soul scene with “Three Rooms With Running Water”, “The Record” and the awesome “Heartbreaker”. But his contribution far exceeds his personal output with writer, producer and arranger credits on a slue of floorfillers inlcuding Judy Street’s “What”, Earl Wright’s “Thumb A Ride” and The Magnificents’ ”My Heart Is Calling You”, to name but a few.