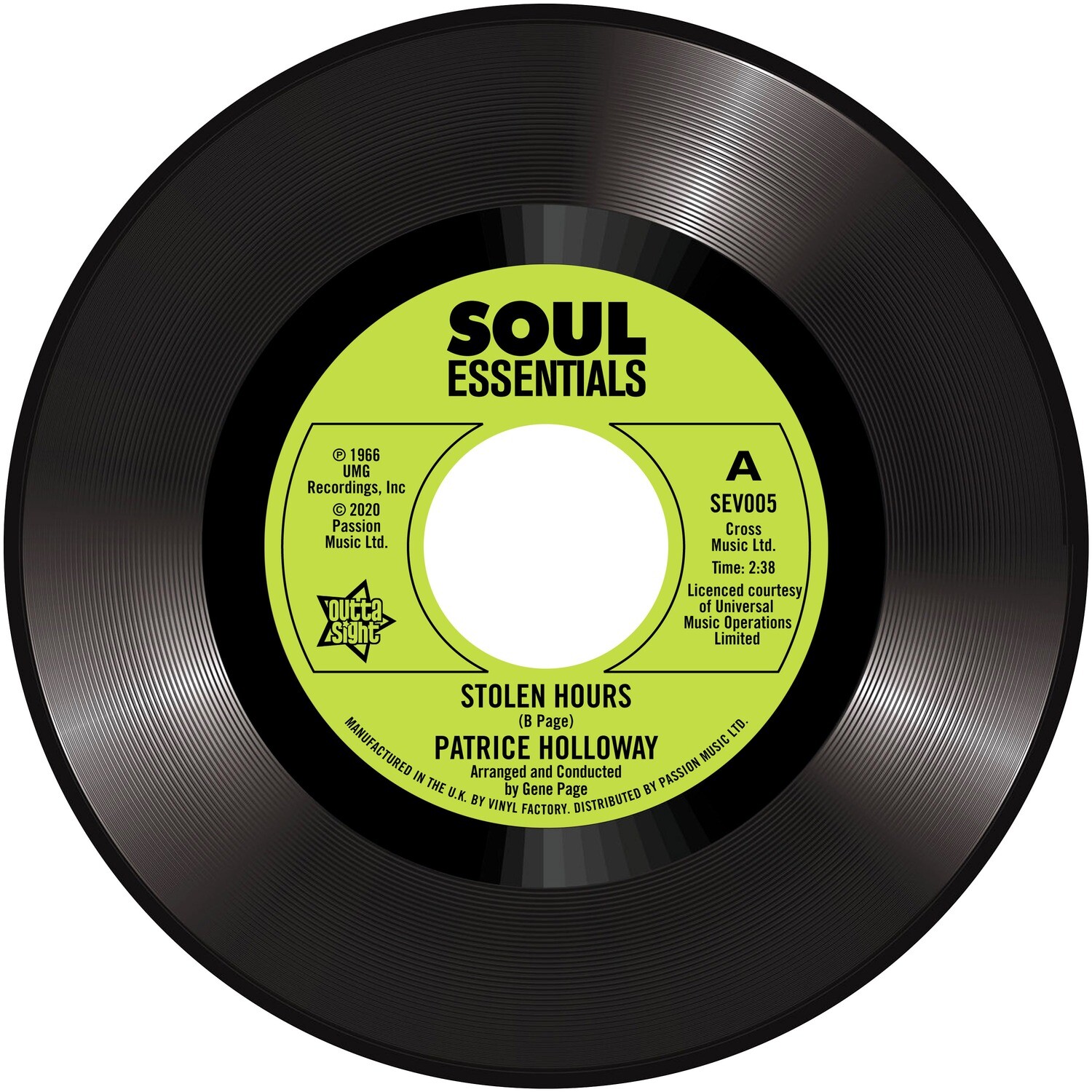 PATRICE YVONNE HOLLOWAY was born in Los Angeles and is perhaps best known as the younger sister of Motown’s Brenda Holloway, the darling of the Northern Soul scene, particularly in recent years. Patrice also signed to Motown and recorded an unreleased version of “The Touch Of Venus” made famous by Edna Wright (aka Sandy Wynns).

In the mid-sixties Patrice signed to Capitol records and recorded “STOLEN HOURS”, arranged by the great Gene Page and written and produced by his brother Billy Page – she was only 15 years old at the time. It failed to hit Stateside but some thirty years later it became a Northern Soul anthem of the nineties, although it was originally played in the early days of Wigan Casino.

Our chosen flip-side, the follow-up single, “LOVE AND DESIRE”, was also penned, produced and arranged by the Page brothers. It failed to even get a commercial release in the U.S. although it was released in the U.K. and commands big money in today’s collectors market. Her final 45 for Capitol came in 1972 and was a credible version of the Sam Nesbit classic “Black Mother Goose”. Sadly, ill health, forced Patrice to step back from performing and she died before her time of a heart attack in 2006.

Patrice was also known as ‘Valerie’, singer with the animated girl-band Josie And The Pussycats produced by Hanna-Barbera and aired on CBS in 1971. She would become the first black character to regularly appear on U.S. commercial TV.