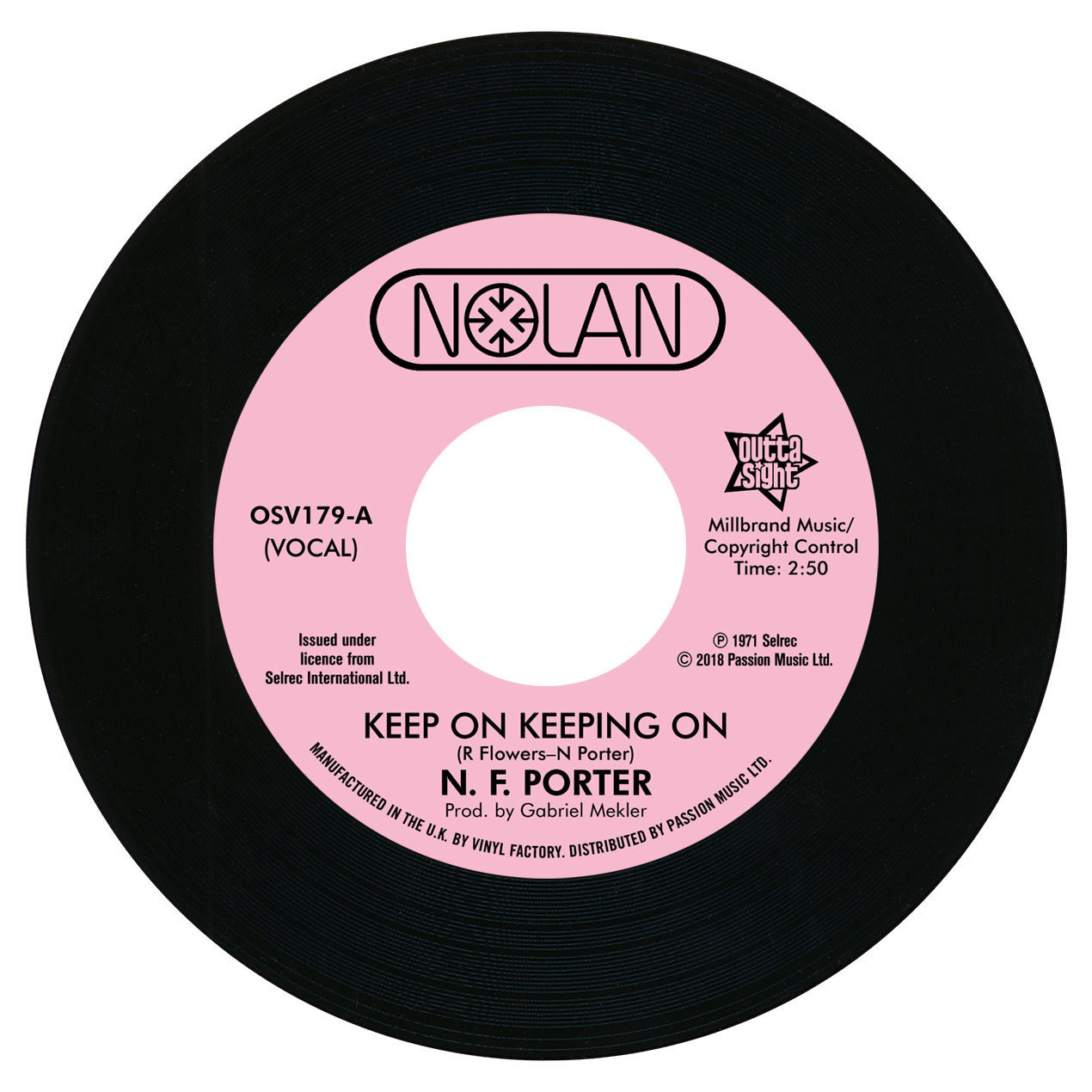 To celebrate Nolan Porter’s appearance at this years Blackpool Soul Festival, 15 – 17 June 2018, Outta Sight are proud to present his two most sought after sides on one exclusive back-to-back 45. We have even created the “NOLAN” imprint to mark the occasion, inspired, of course, by the iconic Probe label.

PORTER was born Nolan Frederick (NF) Porter in Los Angeles in 1949 and is best known for “Keep On Keeping On” his third and final single for Gabriel Mekler’s Lizard label. It was released in America in 1971 and found its way on to the UK Northern Soul scene via The Torch all-nighters in Stoke-on-Trent where it was first played as a new release, and later at the legendary Wigan Casino. It’s thanks to the UK Northern Soul DJs, who popularized the song, that Manchester band Joy Division discovered it and borrowed it’s guitar riff for their “Interzone” in 1978.

“If I Could Only Be Sure”, a staple on the All-Nighter scene, was released in 1972 and was taken from Porter’s eponymous ABC album. Unlike its predecessor, it was also released in Brazil, Canada, France, New Zealand and in the UK on Probe Records, 23rd Feb 1973, 45 years ago! It was a modest hit at the time peaking at #89 on the Billboard Hot 100, and was later covered by Paul Weller on his 2004 album Studio 150.

Both tracks were produced by Gabriel Mekler who was a rising star in the early seventies. His Lizard and Vulture labels had national chart success and he produced albums for Steppenwolf, Three Dog Night, Janis Joplin and Etta James. He was also an acclaimed songwriter and musician and if it wasn’t for his untimely death in a moterbike accident in 1977 he could well have become the next Nile Rodgers! Fortunately he left behind a legacy of wonderful recordings and two of the best are featured here.