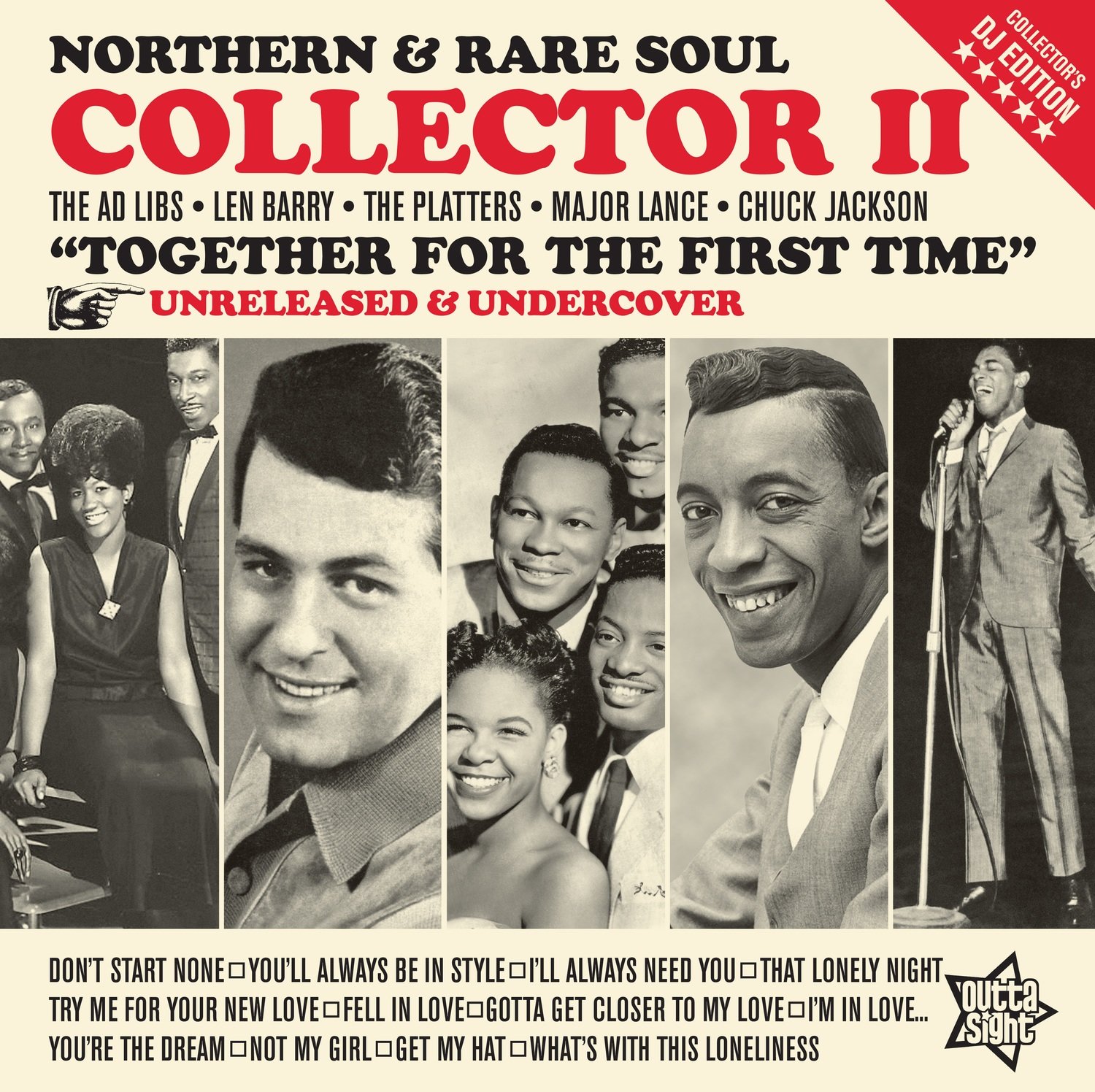 ALMOST A YEAR ON, Outta Sight proudly presents the follow-up to one of the most talked about albums of 2016… NORTHERN & RARE SOUL COLLECTOR II featuring another batch of dynamite dancers that escaped release at the time or were covered up by pionering DJs.

A special nod must go to Bob Fisher for discovering our powerhouse opener “Don’t Start None” by the Mayfield Singers which unexpectedly surfaced amongst a bunch of Roulette tapes from EMI. Thanks also to John Madara for producing Len Barry on his super rare rendition of “I’ll Always Need You” and Charly Records for unearthing Roscoe Shelton’s “You’re The Dream”. The latter was first played at Stafford’s Top Of The World Club courtesy of DJ Guy Hennigan who was also behind George Jackson “That Lonely Night” (covered up as Otis Pollard “Remember Hurting Me So”) and Oscar Wright “Fell In love” (covered up as Hudson Alexandra “I’m So Glad”). A shout out too, to Pat Brady for spinning Junior McCants “Try Me For Your New Love” (covered up as Little Carl Carlton “Hey Girl We Are in Love”) and to Keb Darge for Thee Enchantments covered up as “I’m In Love” by the Detroit Shakers. Rick Cooper, of Manchester’s Global Records fame, first came across the incredible Show Stoppers “Gotta Get Closer To My Love” which was subsequently popularised by Neil Rushton at Inferno Records.

A final special thanks to Ady Croasdell of Kent Records, who discovered many of the tracks on Volume 1 in our Collector series and on this album too including: The Platters “Not My Girl”, originally recorded by Johnny Hampton, and our final outing by the legendary Chuck Jackson “What’s With This Loneliness” which first appeared on a Kent anniversary 45.