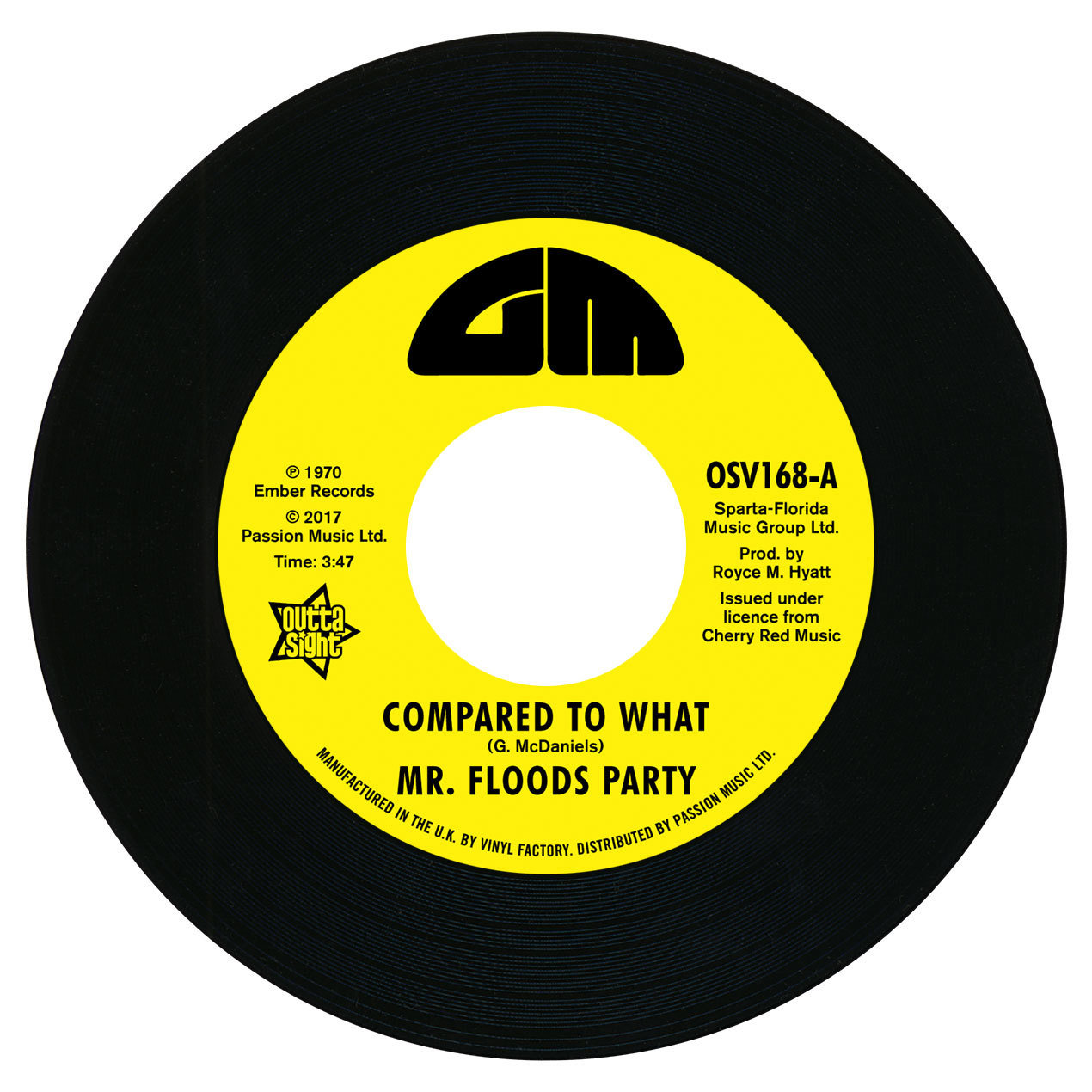 A. Mr Floods Party - Compared To What
B. Fork In The Road - Can't Turn Around Now


“Compared To What” was an original composition by Gene McDaniels and was first recorded by jazz musician Les McCann on his 1966 album Les McCann Plays The Hits. It is a highly regarded Vietnam protest song and has been covered by over 270 artists. Mr Floods Party recorded and released their version in Detroit in 1970 on GM 714. It was released the following year in Europe on Ember (UK), Metronome (Germany) and Melody (Greece). The Northern Soul scene adopted it as a new release at The Torch all-nighters in Stoke-on-Trent but it gained its anthemic status a few years later at Wigan Casino. It was reissued in the UK, by popular demand, in 1975 on the Bulldog label but both of the UK releases use an alternate master that lacks the energy of the original ‘GM’ 45 featured here on our official 2017 edition.

"Can't Turn Around Now" is a superb, reactivated, Wigan Casino oldie originally released on GM 712 in 1970. Little is known about Fork In The Road except that the quartet, from Detroit, were clearly inspired by the Four Tops but only managed one 45, although it did see a release in the U.K. on Ember and in a picture sleeve on German Vogue. The Ember release is the rarest and is now highly collectable.