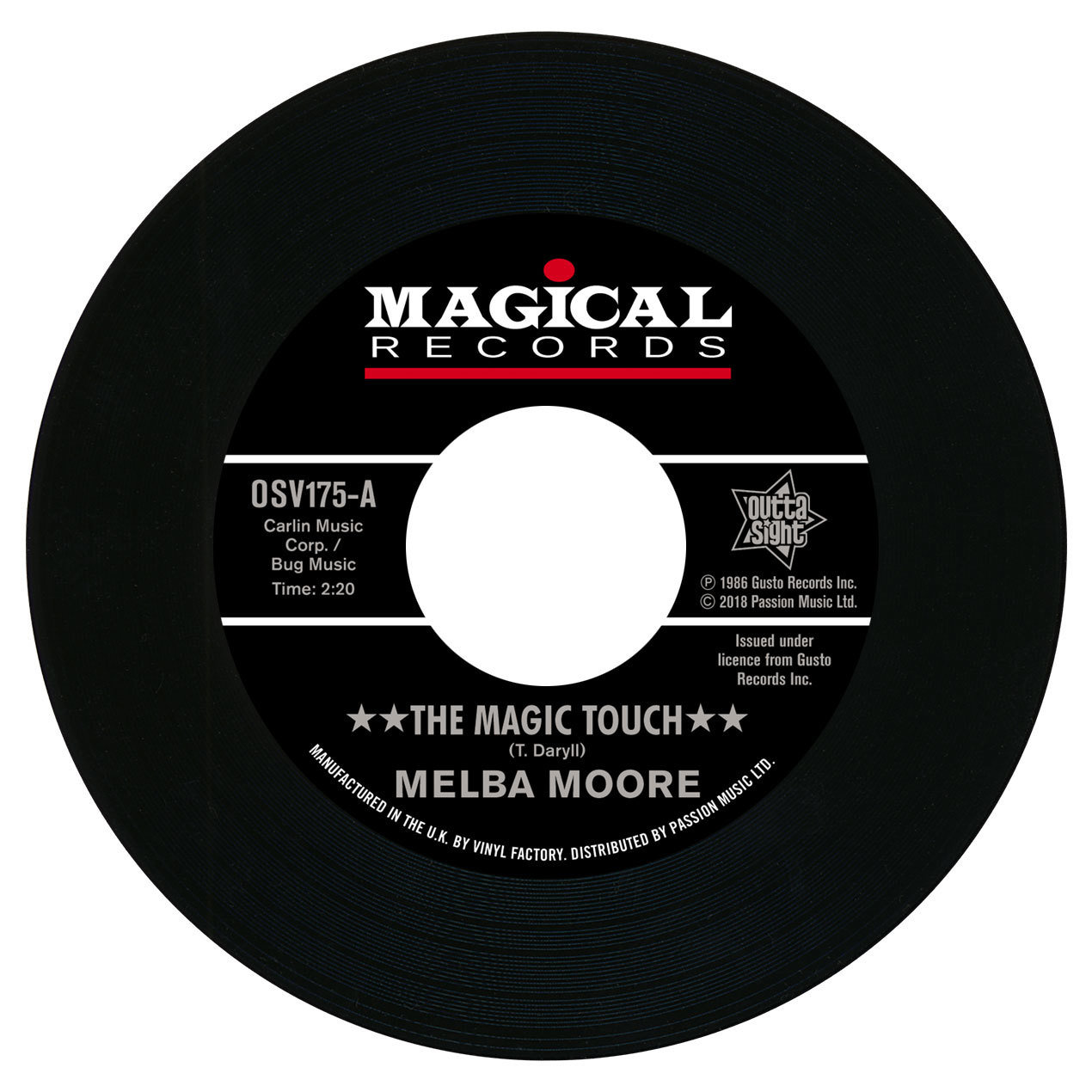 A. Melba Moore - The Magic Touch
B. Maxine Brown - It's Torture

MELBA MOORE (born Beatrice Melba Hill, 1945) has enjoyed a prolific career releasing dozens of albums and singles earning her two Grammy nominations and a Tony for her stage performances. All of which seem to be somewhat overshadowed by the enormity of her earliest recording for Musicor in 1967… “The Magic Touch”. It was unreleased at the time but was later unearthed by Ace Records on a trip to the Musicor vaults in Nashville and popularised by Ady Croasdell via the highly collectable 1986 Kent Anniversary single, two decades after its recording.

We are proud to present this masterpiece in 2018 for the next generation of Northern Soul fans on its very own ‘Magical’ imprint in association with Gusto Records Inc.

MAXINE BROWN has also enjoyed a prolific recording career and has earned her place in the Northern Soul Hall of Fame with legendary UK performances and her many recordings including, not least “One In A Million” and “Let Me Give You My Lovin’”. Again, this unbelievable find is down to the Ace Records pioneers and its exposure via Kent Records on LP and single, incredibly over 30 years ago!