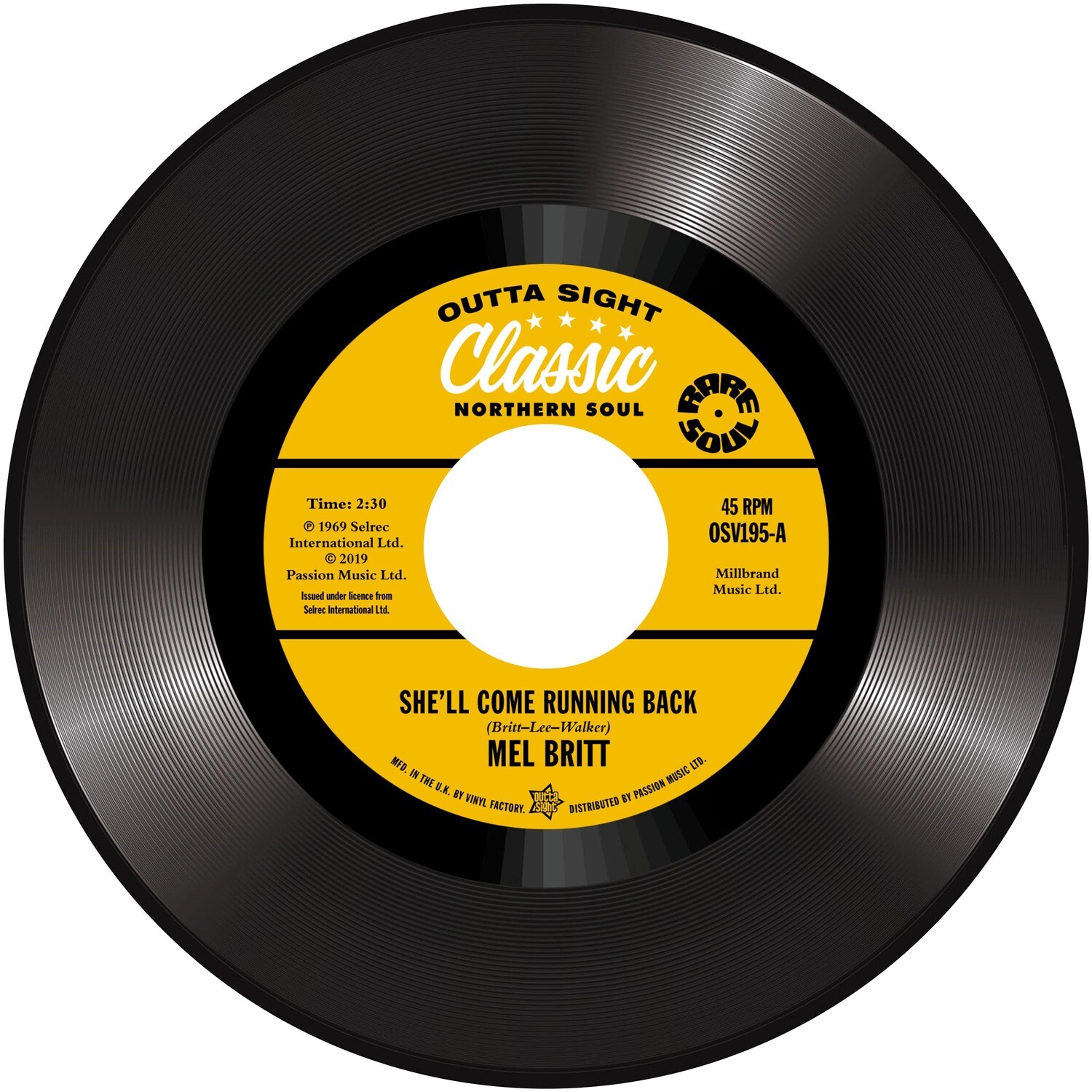 A. Mel Britt - She'll Come Running Back
B. The Group feat. Cecil Washington - I Don't Like To Lose

MEL BRITT was born Melvin Curtis Britt in Gary, Indiana and was affectionately known as “Cookie”. He was a one-time member of The Visitors who recorded for Bashie, Dakar and Tangerine, (“My Love Is Ready And Waiting”). But it’s Mel’s lone, solo, 45 for which he is revered in the U.K., the magnificent “She’ll Come Running Back”. With its searing strings and anguished vocal it is the complete deal, simply Northern Soul perfection.

CECIL WASHINGTON takes second credit on the now iconic “I Don’t Like To Lose”, the spotlight being on the artist, The Group, a white garage band from Michigan. Washington was actually the co-producer of the track and was drafted in to sing lead at the last minute to add a more soulful edge. Thank goodness, because the end result became a Northern Soul monster for Richard Searling in 1979 at Wigan Casino.