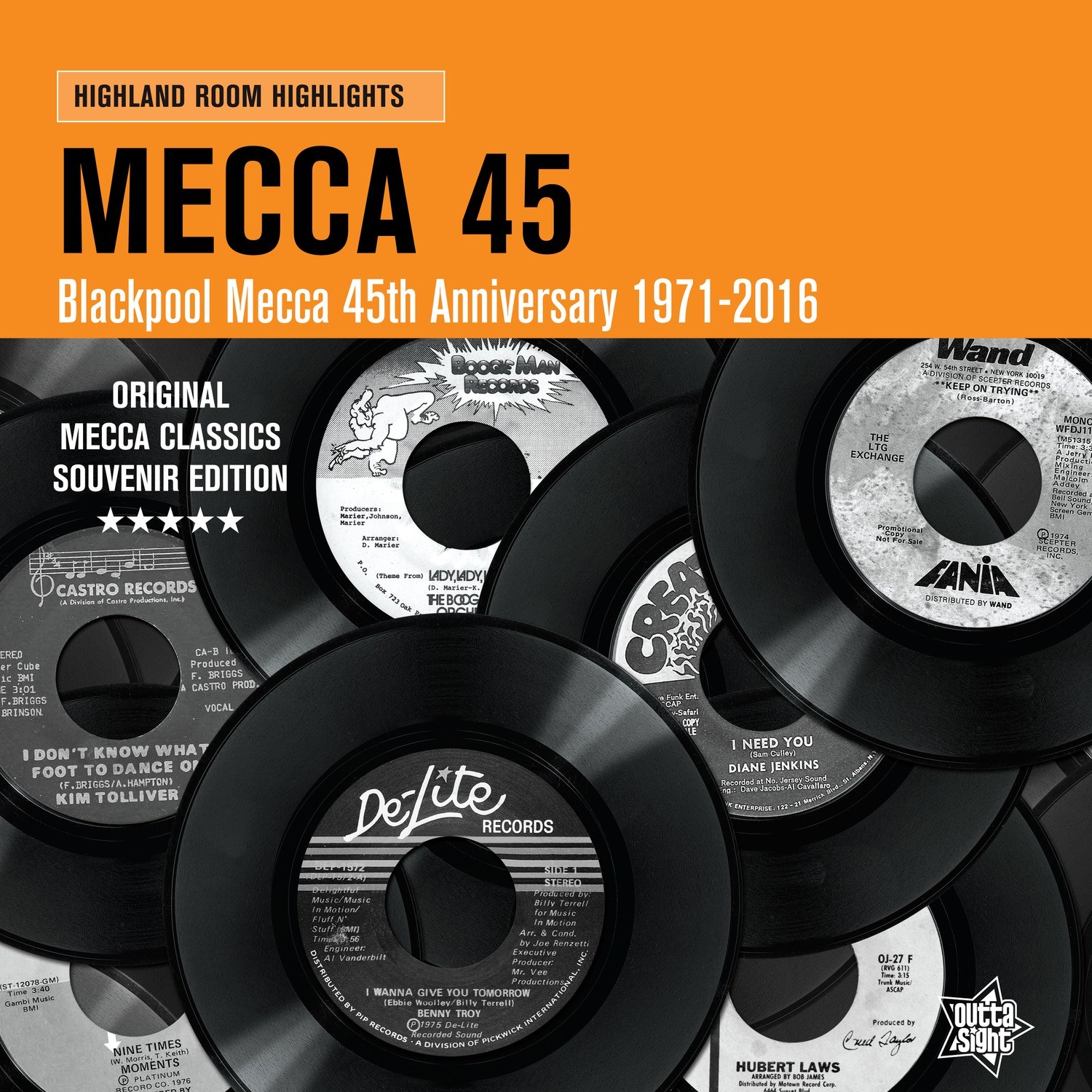 COMPILED BY REAL SIDE RECORDS

BLACKPOOL MECCA, throughout the mid-to-late seventies, defined a new movement in rare soul that would become known as “crossover” and that drew thousands of fans from across the country for it’s weekly modern soul gatherings. It was the only venue to rival the enormity of Wigan Casino and, with hindsight, was perhaps the No. 1 venue to hear the latest and the best American imports played by headline DJs Ian Levine and Colin Curtis. Its creative playlists at the Saturday seaside sessions were progressive and unique to its skyline Highland Room: “it was like taking an escalator ride to New York”. The “sound” of the Mecca still resonates today thanks, in no small part, to its forward-thinking DJs and the quality of the ground-breaking music that fused Northern Soul with New York Disco and heralded the Jazz/funk scene in the UK.

It is often overlooked that Blackpool Mecca held regular soul nights two years before Wigan Casino opened its doors and, like the Casino, it reigned for eight soulful years. It finally closed in 1979 by which time the music policy of the two super clubs had become so disconnected that, inevitably, the Northern Soul scene divided, signalling the end - not only of the venues - but the scene itself, or at least the most significant chapter in its ever evolving story.