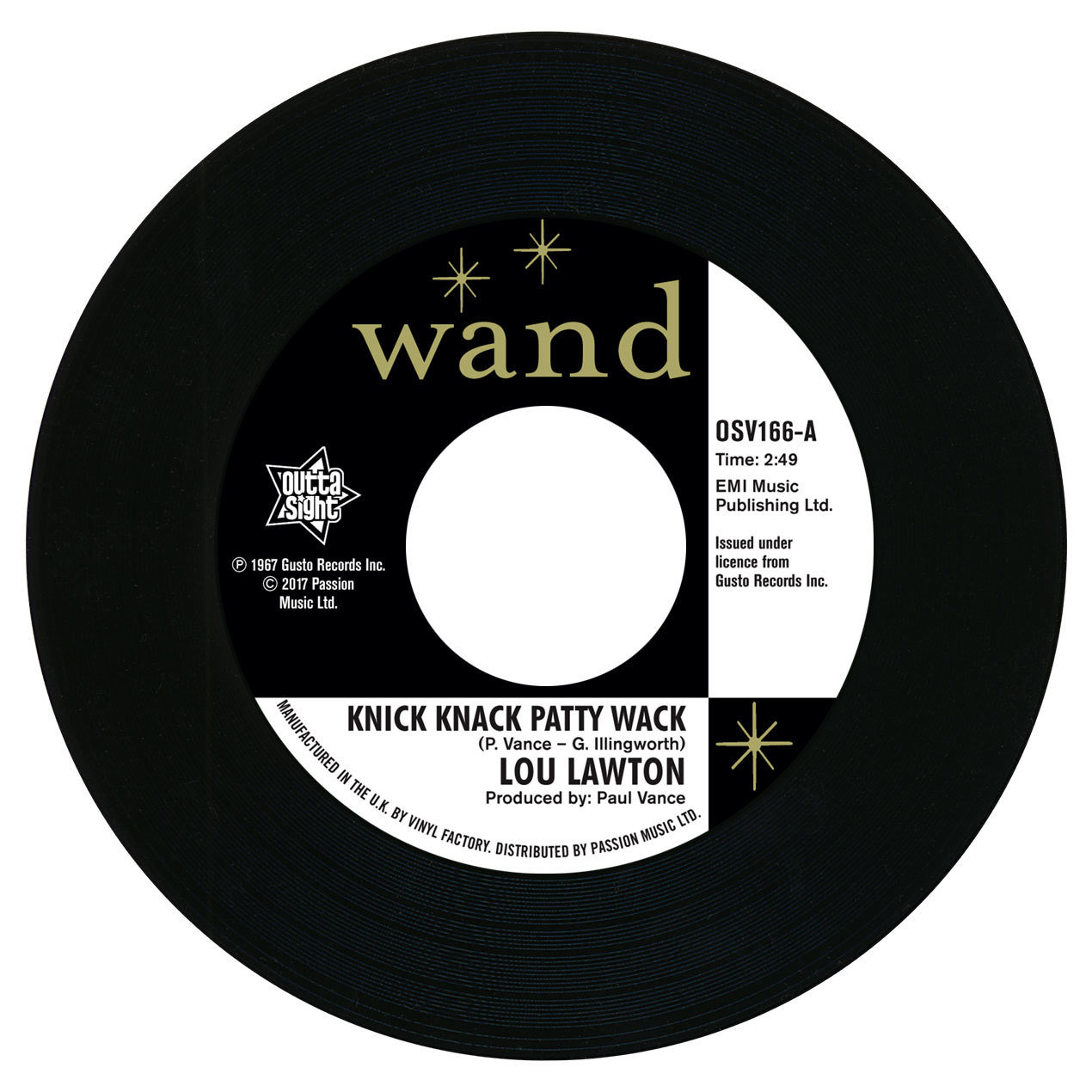 
LOU LAWTON was born Lucius Lavarn Lawton in Savannah, Georgia in 1942. Shortening his name to Lou (Lew) he scored a record deal with Capitol Records at the dawn of 1966 and released the raucous “Doing The Philly Dog” in March that year. The B-side featured the insistent dancer “I Am Searching (For My Baby)”, which was adopted by the Northern Soul scene and was also released in the UK by Jeff Kruger’s Ember label. Lawton’s follow-up single in the Summer of ’66 was the excellent beat ballad “I’m Just A Fool” coupled with the uptempo “Wrapped In A Dream”, also released in the UK on the Ember affiliate Speciality. Both 45s failed to garner any chart action and signalled the end of a promising major label career. A move to New York’s Wand label spawned our highlight “Knick Knack Patty Wack” which, despite its odd nursery rhyme title, was an instant hit on the Northern Soul dance floors and remains a sought after original today. It was tipped by Billboard to reach the R&B Singles Chart in July 1967 but failed to capitalise on its potential.

A final hop to Cathy Lynn’s short lived Heart & Soul imprint resulted in two more 45s under the moniker Lou “Moondog” Lawton: the funky remake of “St Louis Blues” and the 90mph Mod dancer “Dollars And Cents”. Both singles were produced by the great Richard Tee but sadly did nothing to save the doomed career of the big-voiced R&B singer. Lawton passed away in 2004.

WALTER WILSON “Love Keeps Me Crying” is the rarest record on the highly collectable Wand label out of New York. Until the Noughties it was considered to be an unreleased track by Walter Johnson, but thanks to Ace/Kent Records exec. and rare soul expert Ady Croasdell, an original 45 was finally unearthed. In a further twist it was revealed that the true identity of the singer was in fact the All Platinum singer/songwriter Tommy Keith.