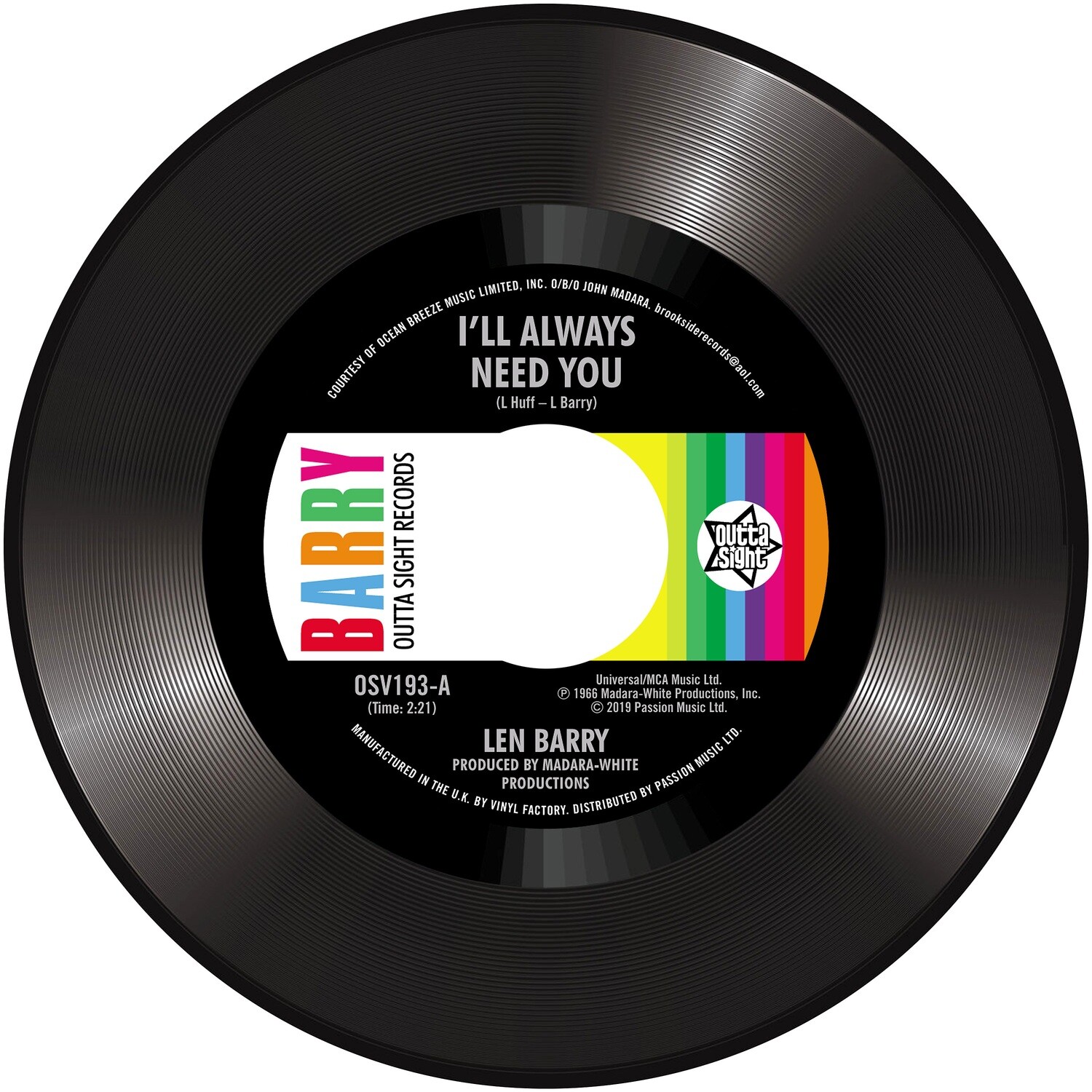 LEN BARRY was born Leonard Borisoff on 12th June, 1942 in Philadelphia. He formed the million-selling doo-wop group the Dovells in the late Fifties and toured with James Brown. He also toured the UK with the Motown Revue which greatly influenced his passion for rhythm & blues during the crossover to soul music. His early solo career at Decca found him composing with the likes of Leon Huff and John Madara resulting in hits “1-2-3”, “Like A Baby” and “I Struck It Rich”. Barry also wrote and recorded “Keem-O-Sabe” a hit for the Electric Indian, an early incarnation of MFSB.

Our two featured tracks are both true Northern Soul anthems known and loved for over forty years but by different artists. “I’ll Always Need You” was recorded by Dean Courtney for RCA records and “Love Love Love” by Bobby Hebb for Philips. Barry’s excellent interpretations appeared on an obscure UK Brunswick LP It’s That time Of Year which also yielded his version of the Joey Heatherton classic “When You Call Me Baby” and “I’m In Love”. The LP, known from only a handful of copies, originally surfaced at The Torch before being passed to DJ Richard Searling who played “I’ll Always Need at Wigan Casino. However, Barry’s incredible version was short lived as Richard drove away from the Casino early one morning leaving the valuable album on the roof of his car never to be seen again!