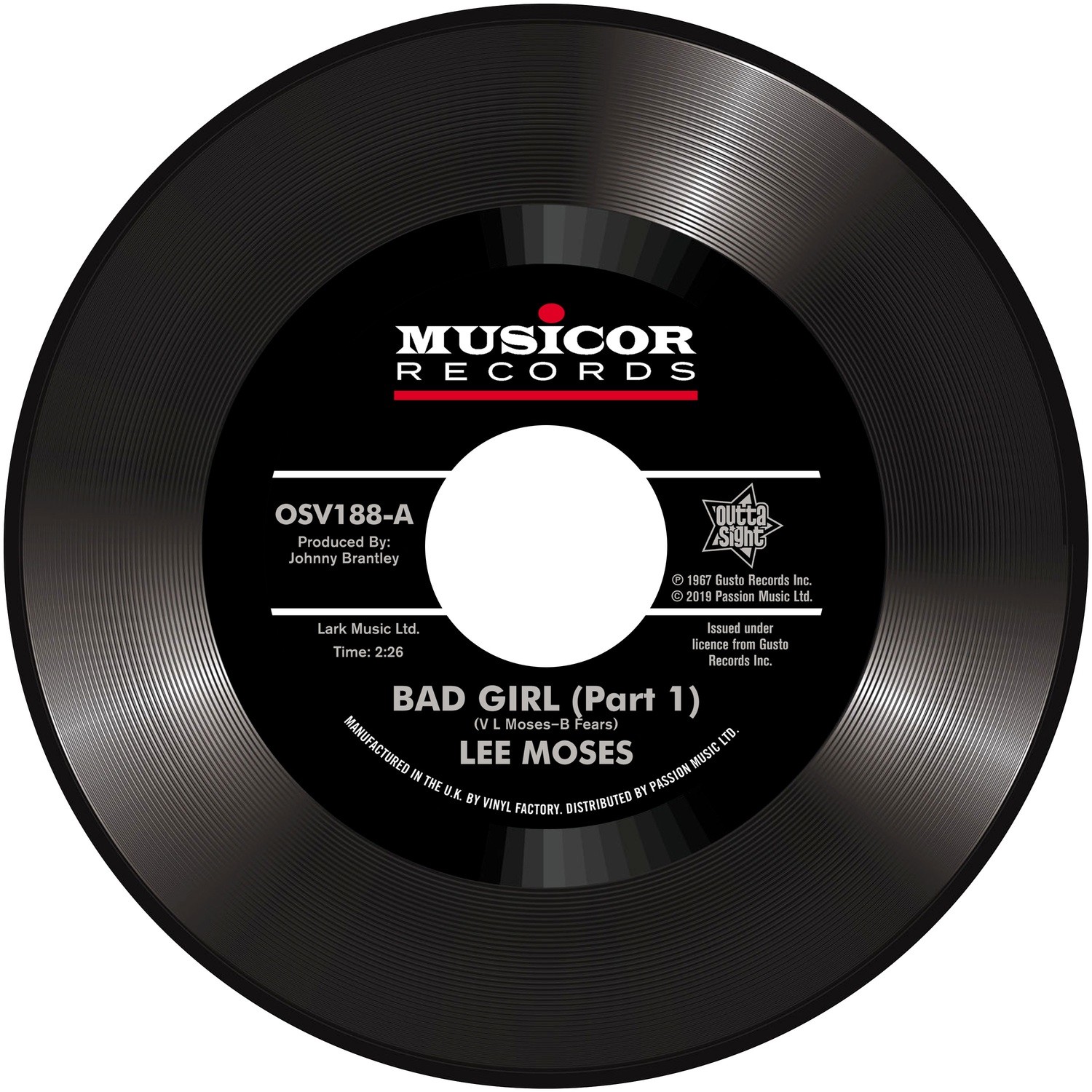 OUTTA SIGHT, in association with Gusto Records Inc., present the most eagerly awaited release of the year so far.

LEE MOSES is a cult figure amongst rare funk and deep soul collectors with his lone album, Time And Place, the holy grail of his brief but majestic recording legacy. Despite working with the likes of Eddie Billups, King Hannibal, Freddie Terrell, Barbara Hall and Gladys Knight & The Pips, he remains obscure and yet revered. He recorded just eight singles over a period of eight years and scratched a living playing the bars and R&B clubs in Atlanta. “Bad Girl” is a funk/soul masterpiece that is heavily in demand around the world as the three million views on YouTube lays testament. It was recorded in New York in 1967 and is produced by the legendary Johnny Brantley who captures the very soul of Moses in every tortured second of this 5-minute opus that stretches over both sides of the 45.