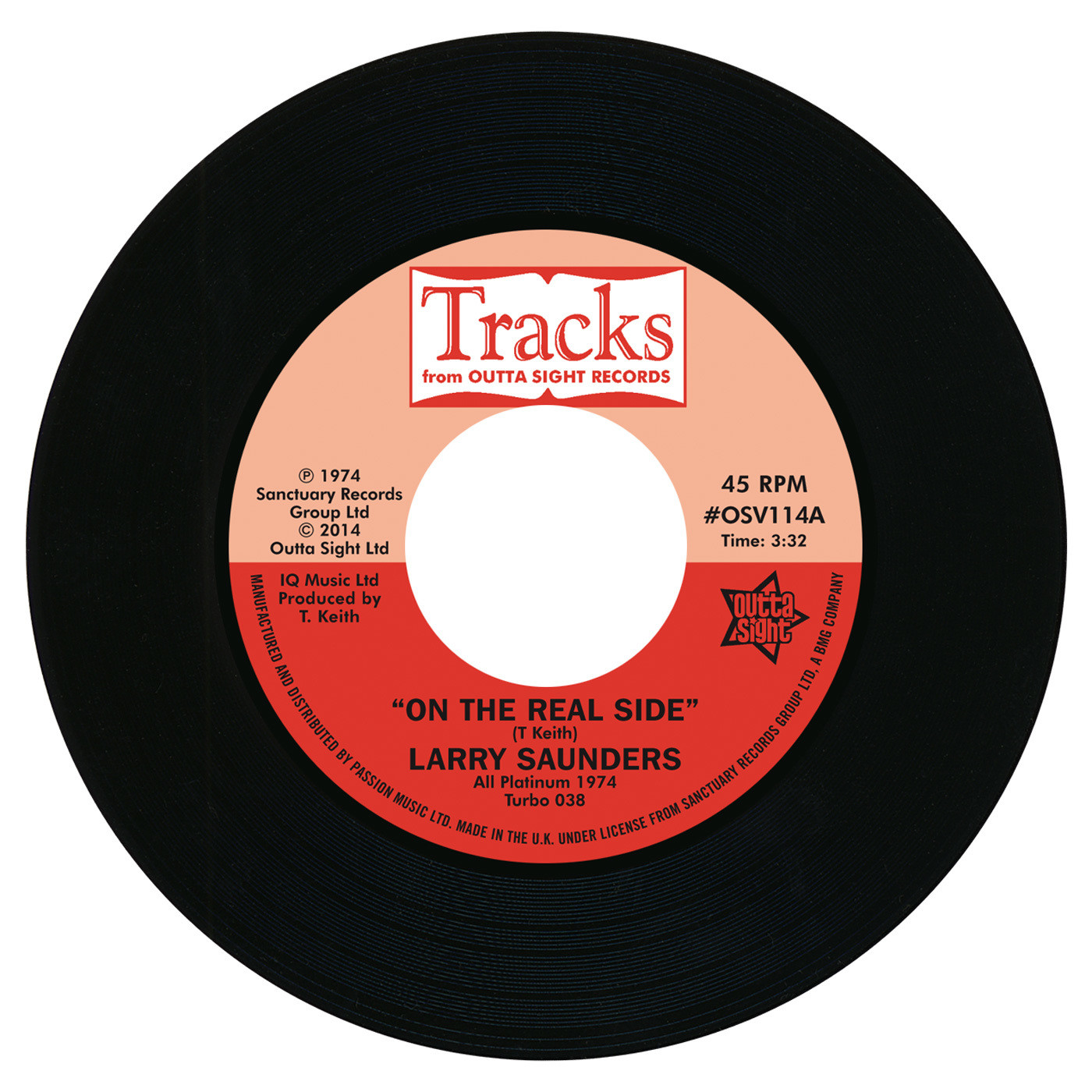 LARRY SAUNDERS, aka The Prophet Of Soul, is best remembered on the rare soul scene for his Northern Soul, crossover classic, “On The Real Side”. It was originally recorded in 1974 at Soul Sound Studios, Englewood, New Jersey, for Joe and Sylvia Robinson’s All Platinum subsidiary Turbo. The song also saw a UK release in the same year on London Records.

Soul man Saunders, son of Blues singer Johnny Ace, signed to All Platinum in ’73 and recorded a number demos, with in-house writer/producer Tommy Keith, including two unreleased numbers “Good Luck Charm” and our featured B side “Sweet Sweet Lady”. The latter was subsequently recorded and released by The Moments and again in ’76 by The Whatnauts.

It is claimed that Saunders wrote the song “Pillow Talk”, along with his wife Nyra Dynese, which was a Billboard Hot 100 hit for Sylvia (Robinson) in 1973. We do know that Saunders’ stay at All Platinum was short lived and within the year he was recording the title track to the political album “Free Angela” written and produced for the National Committee to free the civil rights activist Angela Davis.

In 1976 Saunders moved to Soul International for his debut album Prophet Of Soul featuring arrangements by William Bell and Travis Wammack on guitar. He also recorded the modern soul side “Take Another Look” on the TK subsidiary Juana, which was credited to Frankie L Saunders.

Most recently Larry, together with his daughter, the multi Grammy nominated artist Ledisi, appear on the 2005 album The Craft by hip hop duo Blackalicious.