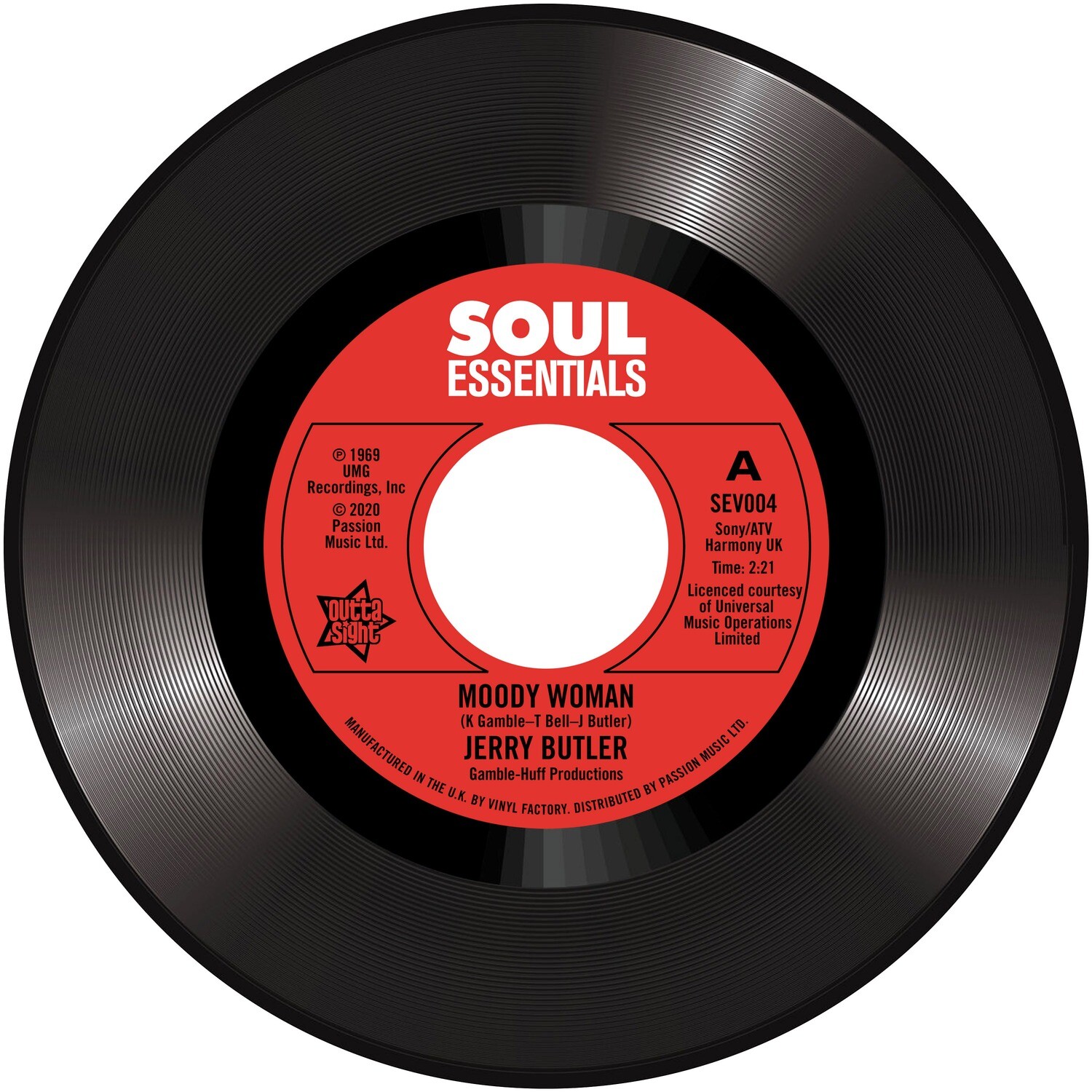 JERRY BUTLER needs no introduction to UK soul fans and is a hero to the Northern Soul scene, not least for his stirring lead vocals with The Impressions alongside his school yard buddie Curtis Mayfield.

After a successful solo career with Vee-Jay records Buter joined Mercury, on the advice of Kenny Gamble and Leon Huff, and embarked on his Philly career. He was christened ‘The Ice Man’ by WDAS Philadelphia radio jock Georgie Woods and his Gamble–Huff produced album The Ice Man Cometh spawned the R&B #1 hit “Hey, Western Union Man” in 1968. The album Ice On Ice followed in 1969 and delivered the now iconic Northern Soul anthem “MOODY WOMAN” reissued here on 7-inch vinyl for the first time since 1972, almost 50 years ago!

Our chosen flip-side, “STOP STEPPIN’ ON MY DREAMS”, is no slouch either. It first captured the imagination of the UK rare soul scene on the 1972 double-vinyl album The Spice Of Life produced by the ‘Iceman’ himself. It has been a firm favourite of the modern room ever since and is released here on 7-inch vinyl for the very first time!