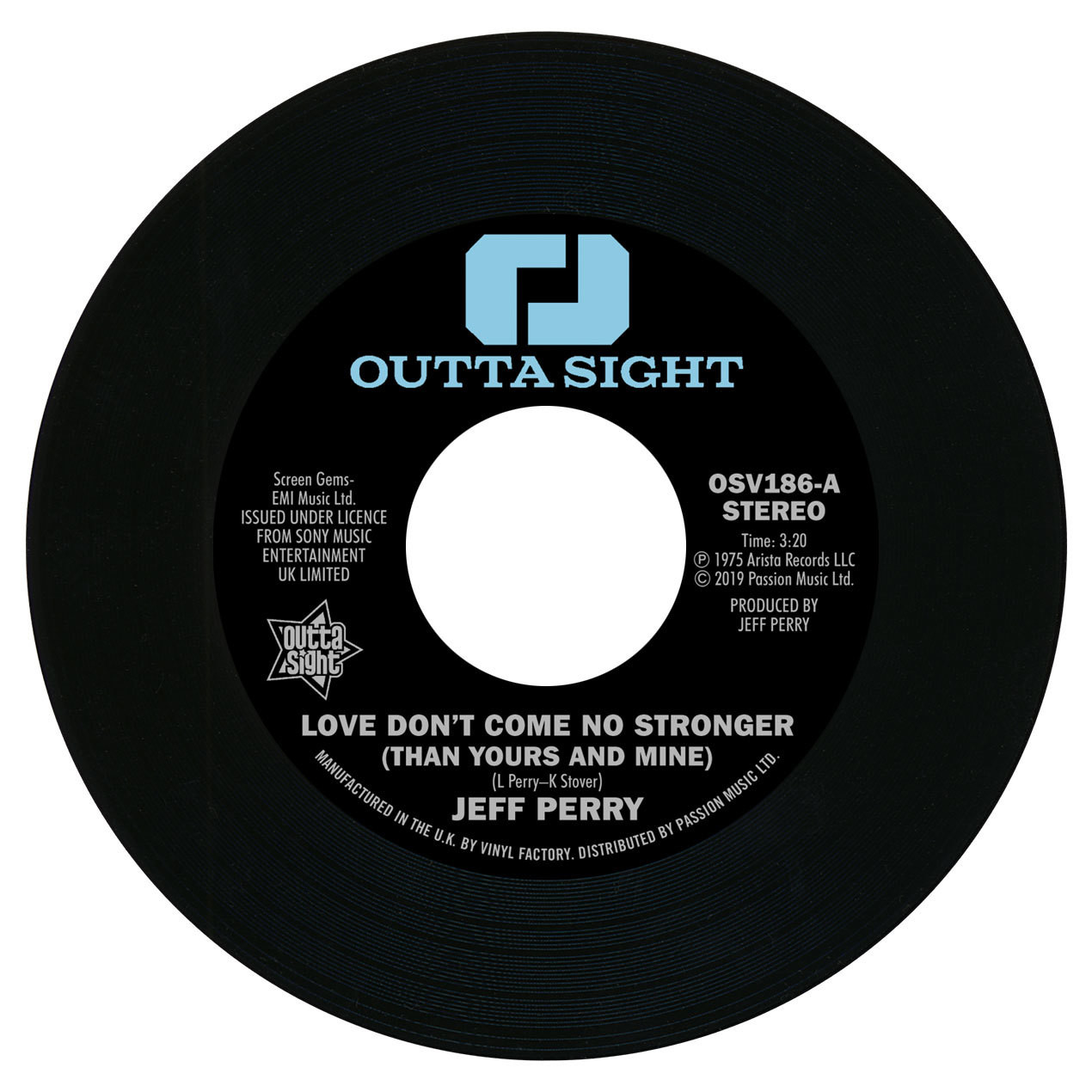 A. Jeff Perry - Love Don't Come No Stronger (Than Yours And Mine)
B. Mandrill - Too Late

JEFF PERRY (aka Jeffree) was born into rare soul royalty, the nephew of Robert Bateman, a pioneer of the Detroit sound, and brother of Greg Perry with whom he would co-write and produce for Holland/Dozier/Holland scoring hits for the Honey Cone, Chairman of the Board, Freda Payne and Jeff’s own group 100 Proof Aged In Soul.

“”Love Don’t Come No Stronger…” has transcended its Modern Soul status to become a mainstay of the 21st Century Northern Soul Weekender scene, an essential 45 for any discerning DJ wanting a guaranteed floor-filler.

MANDRILL were formed in New York in the late Sixties by the Wilson brothers, originally from Panama. They were joined over the years by a succession of accomplished musicians who honed their unique Latin-tinged sound that attracted, first Polydor, then United Artists and Arista, who signed them in 1977. “Too Late” was released in ’78 and helped define the “crossover” sound of the Northern Soul scene. It remains an anthemic and sought after 45 guaranteed to pack the floor.