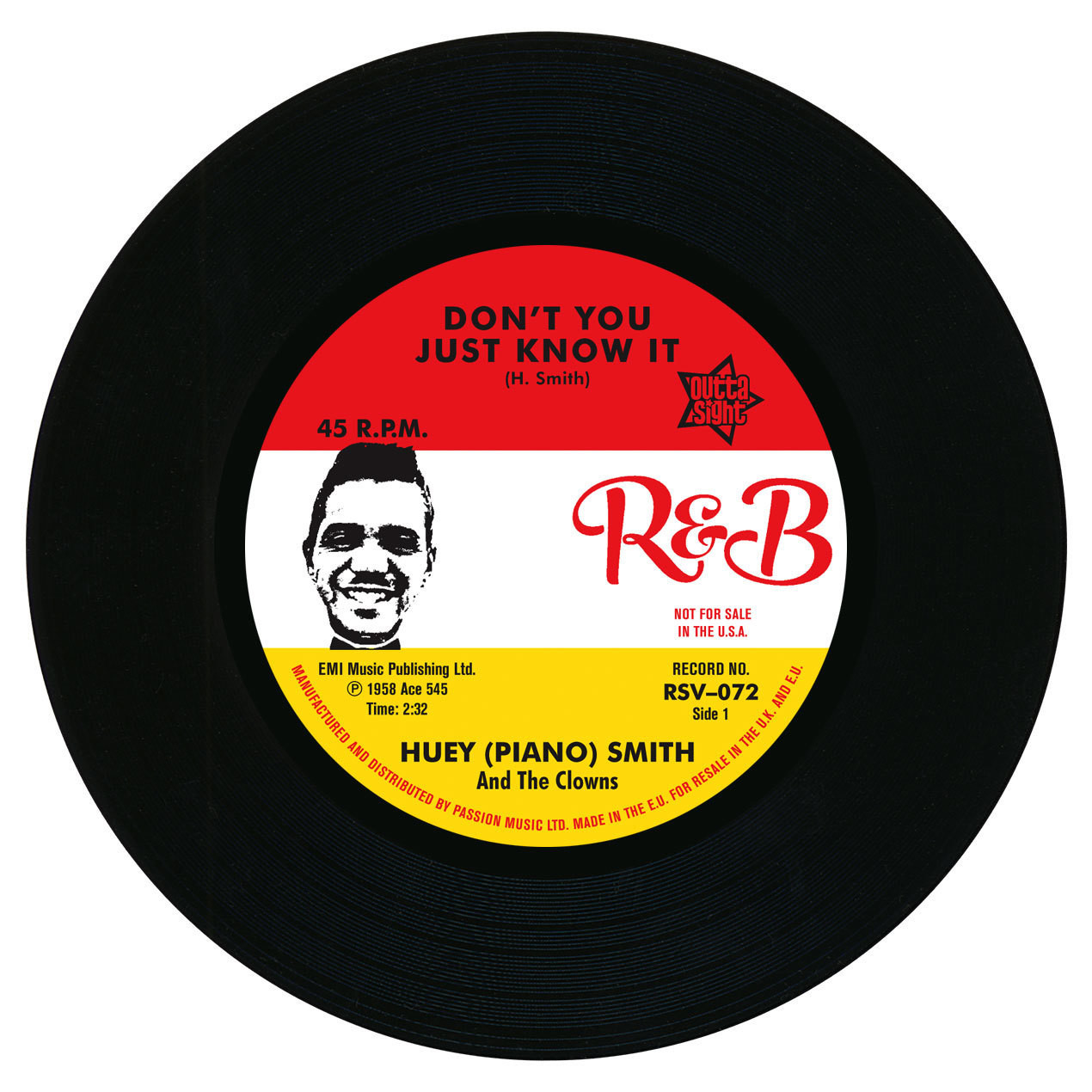 
HUEY “PIANO” SMITH was born in New Orleans in 1934 and by the age of eight had written his first song – on the piano – named after the street where he lived… “Robertson Street Boogie”. After many years of honing his skills in the bars and clubs, and as part of Little Richard’s band, he signed to Ace Records in 1957, along with his Clowns featuring Bobby Marchan. They hit straight away with “Rocking Pneumonia” earning a gold disc for one million sales. “Don’t You Just Know It”, released the following year, became their most famous 45 breaking the Top Ten Billboard Pop charts and No. 4 R&B. In an interesting twist Ace Records erased Smith’s vocals from his studio recording of his follow-up composition, “Sea Cruise”, replacing them with those of white rock and roll singer Frankie Ford. The song became a huge hit and sparked the departure of Smith to Imperial Records.

THE TITANS were formed in Los Angeles in 1956 by senior member Larry Greene and included Greene, Charles Wright, Sam Barnett, Curtis McNair and Alvin Branom. They signed to Larry Mead’s Vita label for two singles before making the hop to Art Rupe’s Speciality family under the supervision of A&R man Sonny Bono. They recorded their version of “Don’t You Just Know It” in January of ’58 which received excellent reviews but few sales. The group toured with Jerry Lee Lewis as the ‘Get A Job Boys’ before recording their final 45 for Speciality.