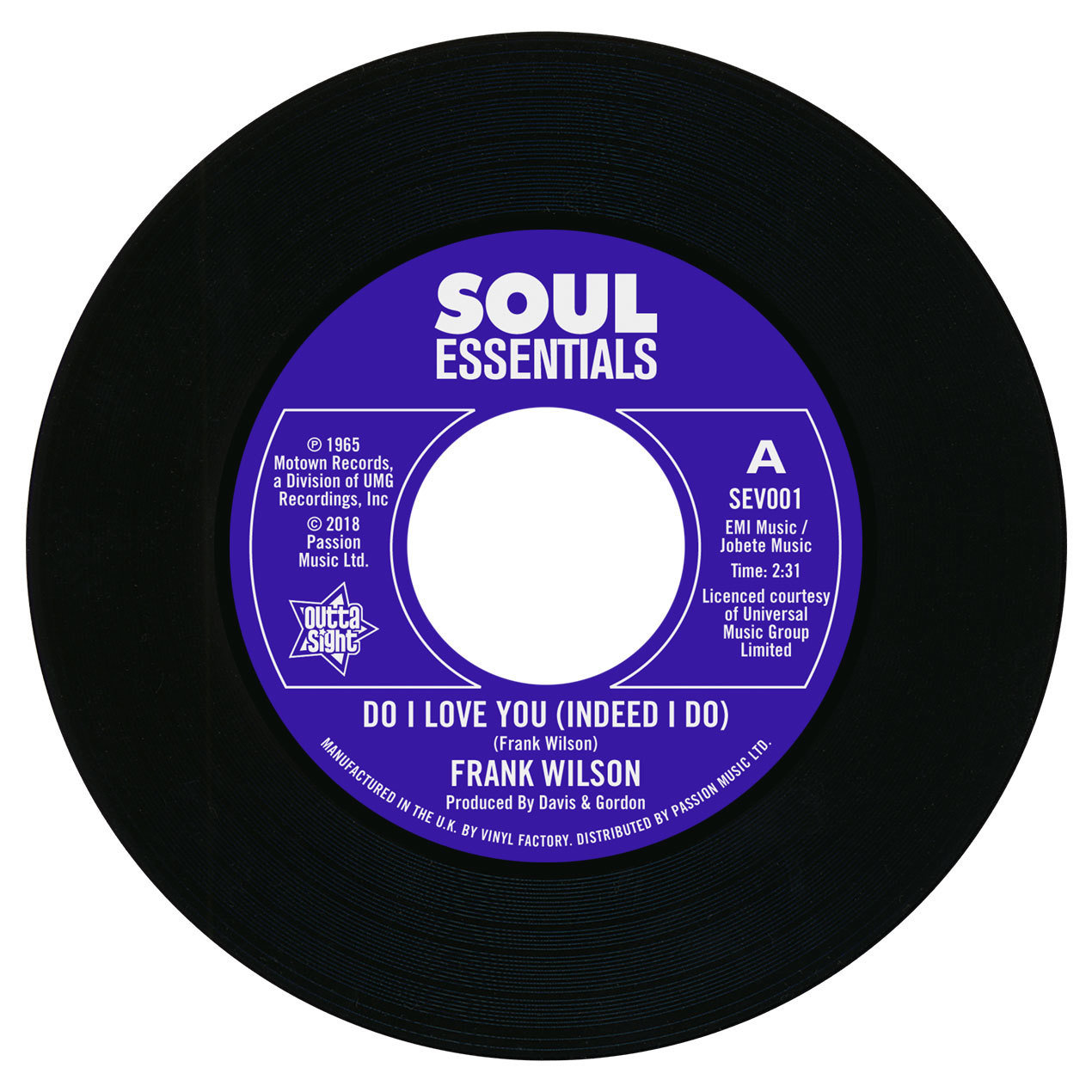 Frank Wilson "Do I Love You"

40 years ago the original copy of “Do I Love You” arrived on these shores and, for the first time the true identity of its author and performer was revealed.

The story of the world’s most valuable record has been told many times and perhaps most authoritatively by Tim Brown in his book ‘Wigan Casino Years’. In brief, here are the salient facts…

The tale begins in 1976 when Northern Soul pioneer Simon Soussan gained access to the Motown archive in Los Angeles where he discovered, and purloined, the original, promotional 45. At the time Soussan was the main source for rare Northern Soul that debuted at the famed Wigan Casino, and in due course he sent an acetate of the track to the club covered up as by Eddie Foster. It was an instant hit with the Casino dancers and soon attained exalted status.

By 1978 Soussan had turned his back on Northern Soul and sent his entire collection to the UK to be sold piecemeal. The original label of the disc was now revealed as the Motown subsidiary ‘Soul’ and the artist was the Motown writer Frank Wilson. The 45 was sold to record collector Jonathon Woodliffe for the handsome sum of £250. After the near collapse of Northern Soul in 1981 Woodliffe’s attentions turned to Jazz/Funk and he traded the disc to former Wigan DJ Kev Roberts for £500’s worth of disco twelves!

For 9 long years the legendary record languished in a frame on the wall of Roberts’ Staffordshire home until a pending divorce prompted the sale to collector Tim Brown for, at the time, the unheard of sum of £5,000. It remains the property of Tim Brown to this day, the pinnacle of a lifetime of record collecting.

In 1997 Detroit producer, Frank Murphy, sold his entire record collection to Anglo-American, a company owned by Martin Koppel and the aforementioned Tim Brown. Lo and behold, a second copy of “Do I Love You” was found and subsequently sold to Scottish DJ Kenny Burrell for a £15,000. In 2008, Burrell’s copy was auctioned for a staggering figure in excess of £25,000 making history and further cementing the iconic status of the world’s most collectable 45.

Today “Do I Love You” has transceneded the strange world of Northen Soul and has become enshrined in the wider public’s concsiousness due to mainstream radio play, TV advertising (most recently the ‘Happy Egg Co.’) and in 2017 an appearance on the country’s most popular TV show Strictly Come Dancing.