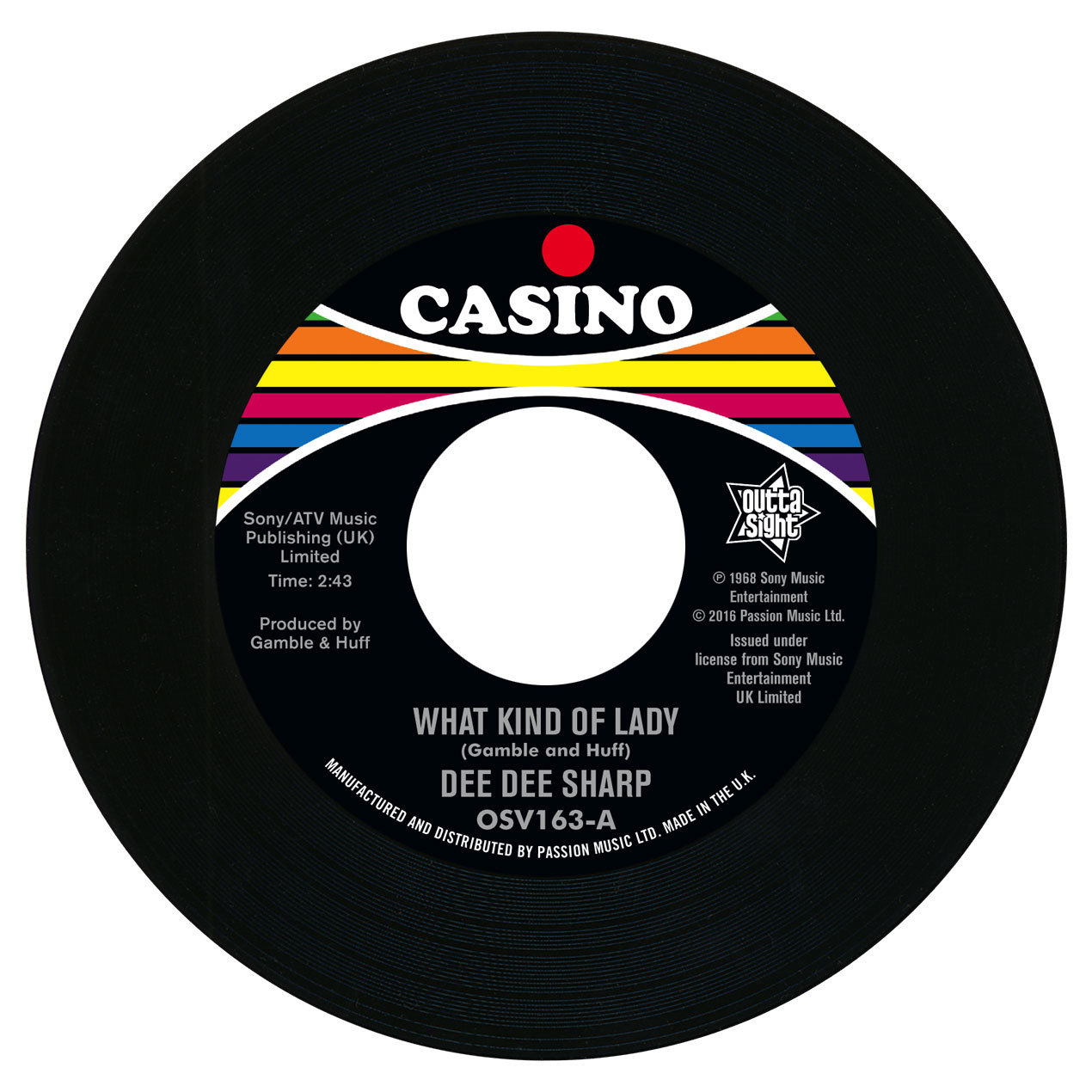 
DEE DEE SHARP was born Dionne LaRue in Philadelphia in 1945 and broke the Billboard Hot 100 while still a teenager with “Slow Twistin’” (performed with Chubby Checker) in 1963. Follow-up hits included “Mashed Potato Time” and “Ride” which both earned her Gold discs. In 1967 she married Philadelphia producer Kenny Gamble who signed her to his fledgling Gamble label, co-owned by his writer/producer partner Leon Huff.

Ms. Gamble (nee Sharp) is no stranger to the UK Northern and Rare Soul scene having enjoyed over 40 years of DJ action with “Comin’ Home Baby”, “Deep Dark Secret”, “Standing In The Need Of Love” and in more recent times with “The Bottle Or Me” and “Happy ‘Bout The Whole Thing”. She was also a featured vocalist on the Philadelphia International All Stars hit “Let’s Clean Up The Ghetto” alongside Lou Rawls, Billy Paul, Teddy Pendergrass, The O’Jays and Archie Bell. BUT, without doubt, it is her 1968 recording “What Kind Of Lady” that continues to pack dance floors across the country. First played at the legendary Golden Torch in Stoke-on-Trent, almost as a new release at the time, heralding the seventies and Northern Soul’s golden years. The song was penned and produced by Gamble and Huff and released in September ’68 while the duo were still hot from their million-selling “Cowboys To Girls” by the Intruders, released in March of the same year. “What Kind Of Lady” has remained a firm club favourite and is reissued here, for the first time, coupled with the aforementioned “The Bottle Or Me”.