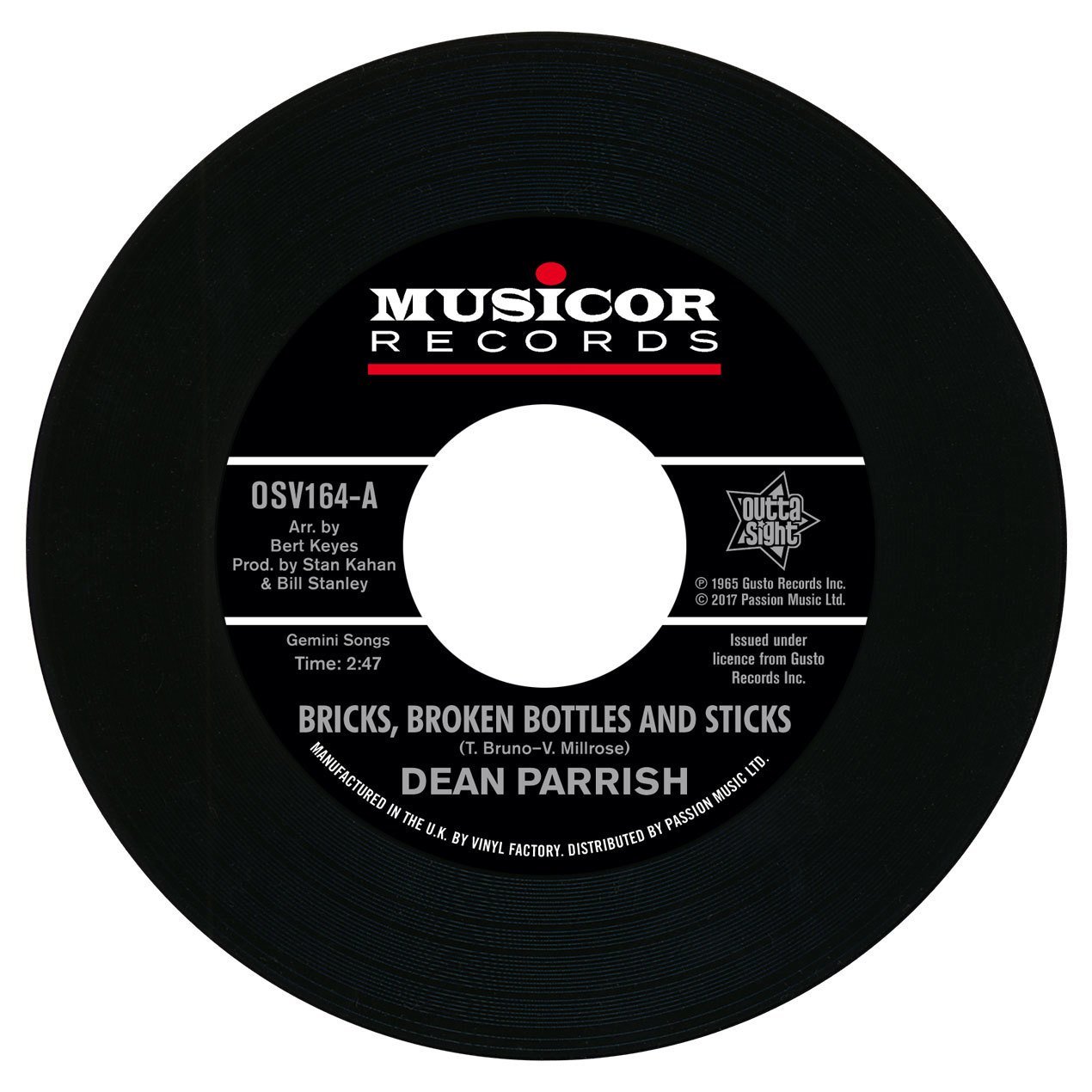 A. Dean Parrish - Bricks, Broken Bottles And Sticks
B. J. B. Troy - Live On


DEAN PARRISH was born Phil Anastasi in Little Italy, New York in 1942. He developed his love of soul music listening to black doo-wop singers at art school and to early Motown. He cut his teeth as a performer at the legendary Peppermint Lounge, a basement club in Manhattan and the Lighthouse Club on 76th and Broadway alongside Jimi Hendrix. In 1965 Dean signed to Musicor and recorded the first of his “soul” sides “Bricks, Broken Bottles And Sticks” which became a local radio hit and earned him a contract with Boom Records. “Tell Her” was released in June 1966, his only Billboard pop hit breaking the Hot 100 at No.97. “Determination” was next, followed by the Mod favourite “Skate”. A switch to Laurie saw the release of the Northern Soul anthem “I’m On My Way” in November of ‘67, which sank without trace, and Dean bowed out as a solo artist.

Reverting to his birth name he took up work as a session musician with his friend Jimi Hendrix and played guitar on Bob Marley’s “Reggae On Broadway”. When the session work started to dry up Dean (Phil) became a wedding singer, a career move that led to a cameo appearance in an episode of The Sopranos! All the while Dean Parrish was blissfully unaware of his cult status across the Atlantic on the UK Northern Soul scene, despite selling 250,000 copies of “I’m On My Way” as part of Russ Winstanley’s “Three Before Eight” EP. He had to wait until the dawn of the new millennium before he was finally tracked down by soul detective Andy Rix and invited to perform at the Cleethorpes Soul Weekender courtesy of Ady Croasdell.

“Bricks, Broken Bottles And Sticks” remains Dean’s favourite recording bringing back memories of performing in clubs and at racetracks around New York City with the Motown Revue. It is also the rarest of his US recordings and is long overdue a vinyl revival.

J. B. TROY was a New York balladeer who sank without trace after two flop singles for Musicor Records in the Summer of ‘66. He has been well known to deep soul fans for some years but it is his much overlooked storming dancer “LIVE ON” that we feature here. Originally spun at Wigan Casino by DJ Pat Brady this rare Musicor 45 is rapidly increasing in value and is set for big things.