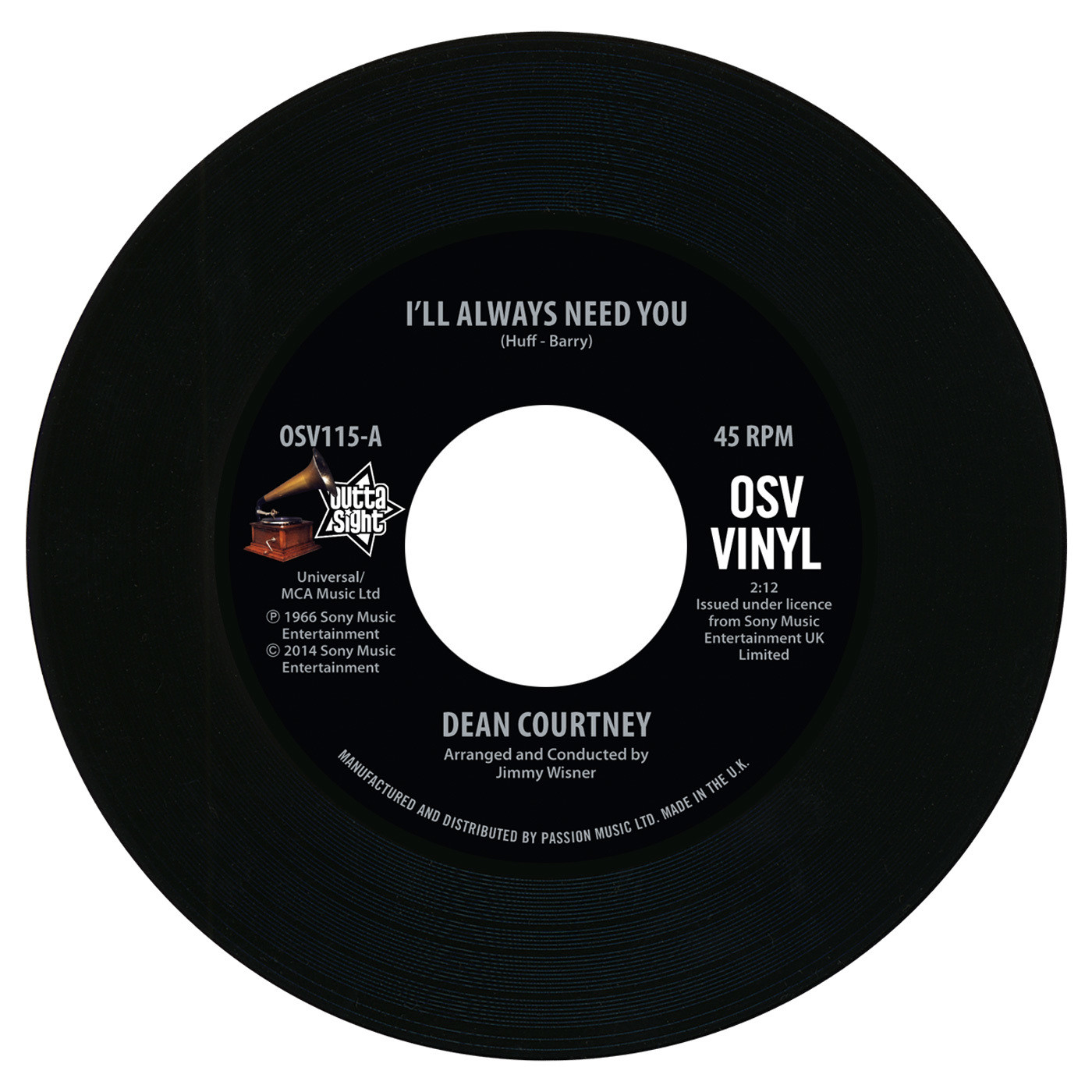 DEAN COURTNEY, will be forever remembered by UK Northern Soul fans for his iconic 1966 RCA recording “I’ll Always Need You”. The song crashed onto the soul scene at the legendary Wigan Casino in 1974 with it’s thundering beat and opening line “Castle In The Sand Is Built By Hand, Don’t Need No Bricks To Make It Stand…” summoning the faithful onto the dance floor. And, it’s rarely been off the decks since, in over 40 years.

“I’ll Always Need You” was written by Leon Huff and Len “1-2-3” Barry who originally cut the song in ’66 for his near-mythical UK Brunswick album It’s That Time Of Year. Courtney’s version is far superior with a Jimmy Wisner arrangement and featuring Cissy Houston and Dee Dee Warwick on background. It was Wisner who brought the song to the attention of RCA along with “My Soul Concerto” which was Dean’s debut 45 coupled with “We Have A Good Thing”, written by John T Mack Jnr of The Charades. Sadly, both of Courtney’s legendary RCA 45s sank without trace along with other Wisner productions on Dean, unreleased at the time, including “Love Is Wonderful” and our chosen B-side “Today Is My Day”.

Fortunately for rare soul fans, Dean didn’t walk away from the music scene after RCA failed to recognize his talents. Instead a move to MGM saw the release of the equally superb “(Love) You Just Can’t Walk Away”, again arranged by Jimmy “Wiz” Wisner. Despite it’s obvious qualities the record only scraped in to the Billboard R&B top 40 and failed to crossover.

Courtney resurfaced on Paramount Records in 1973 for a lone 45, “It Makes My Nervous”, before bowing out of recording leaving us with a small, but mighty fine, soul legacy.