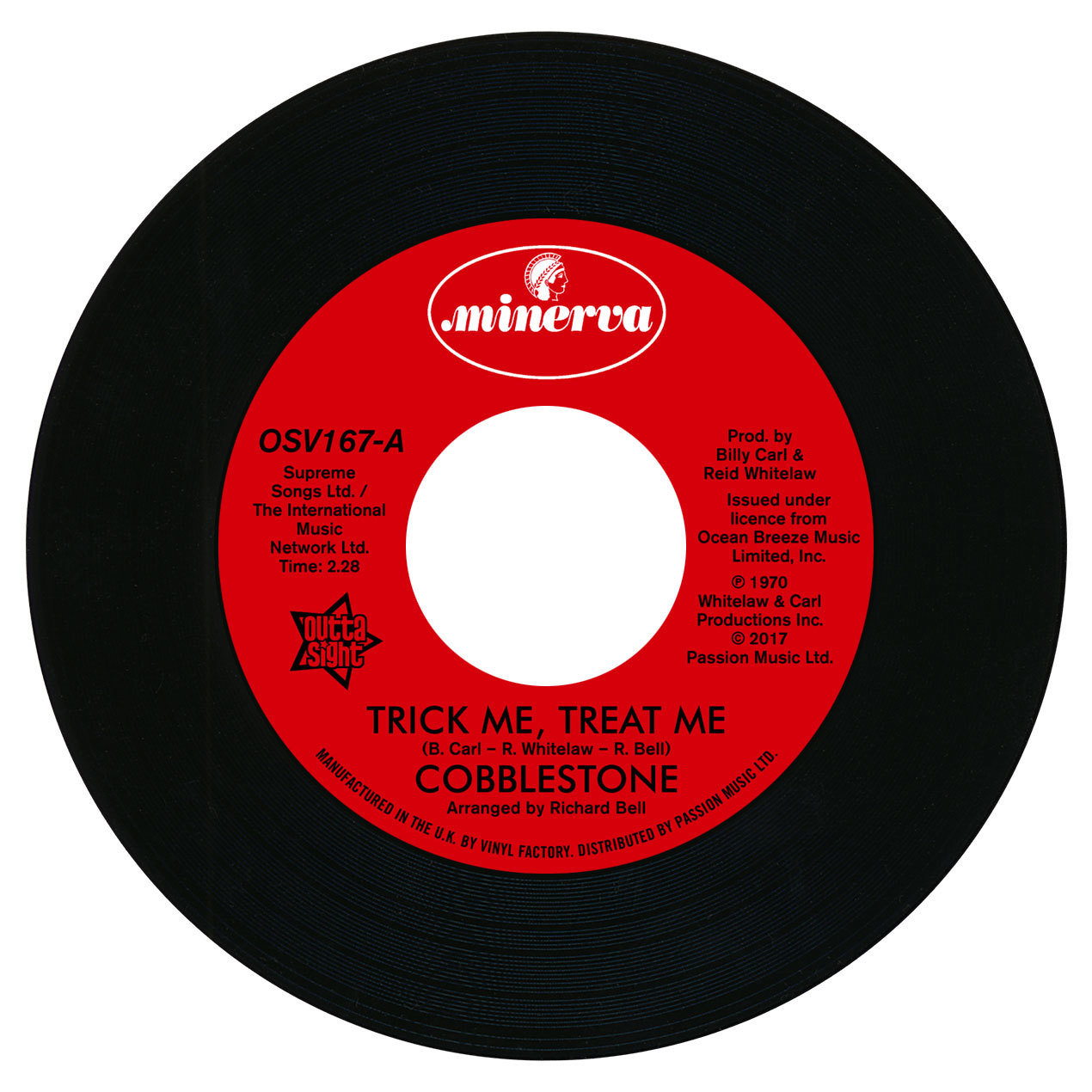 A. Cobblestone - Trick Me, Treat Me
B. The Moods - Rainmaker


COBBLESTONE “Trick Me, Treat Me” polarized opinion when it was launched onto the Northern Soul scene in the latter half of the Seventies by DJ Richard Searling. Whatever side of the cobblestone’s you were on, it captured the dance floor at Wigan Casino and became one of the biggest sounds of the decade. 40 years on and it’s still in demand, particularly with record dealers as it’s a sure-fire seller every time it’s listed – which is increasingly infrequent. “Trick Me, Treat Me” was co-written and produced by Reid Whitelaw who also gave us the brilliant “Love Is Serious Business” by Alfie Davison (also available from Outta Sight). The group would eventually morph into Magic Night who filled the floor at Blackpool Mecca with “If You And Had Never Met”, also produced by Whitelaw. As befitting the strange world of Northern Soul, all is not quite as it appears. The group were originally called Yellow Brick Road and a few copies of “Trick Me, Treat Me” were pressed under that name. Bob Reno at Mercury decided it was too confusing with Elton John’s chart topping album and withdrew the disc!

THE MOODS “Rainmaker” was released in the same year as “Trick Me, Treat Me”, 1970, and was produced by Philly legend John Madara. The two sides are further connected by the aforementioned Reid Whitelaw who, today, administers the Madara catalogue, however, that’s where the similarities end. The Moods pedigree is firmly rooted in black music having been born out of The Volcanos whose legacy includes the wonderful “Storm Warning”, “Help Wanted”, “You’re Number 1” and “Laws Of Love”. When The Volcanos disbanded part of the line-up went on to form the nucleus of super group The Trammps who hit the Northern scene with “Scrub-board” a couple of years later. Other group members formed The Moods releasing “Rainmaker” which became a Northern Soul classic most associated with the “Talk Of The North” All-Nighters on the pier at Cleethorpes. Ironically The Trammps appeared live at Cleethorpes to celebrate the First Anniversary All-Nighter, 21st Feb, 1976.