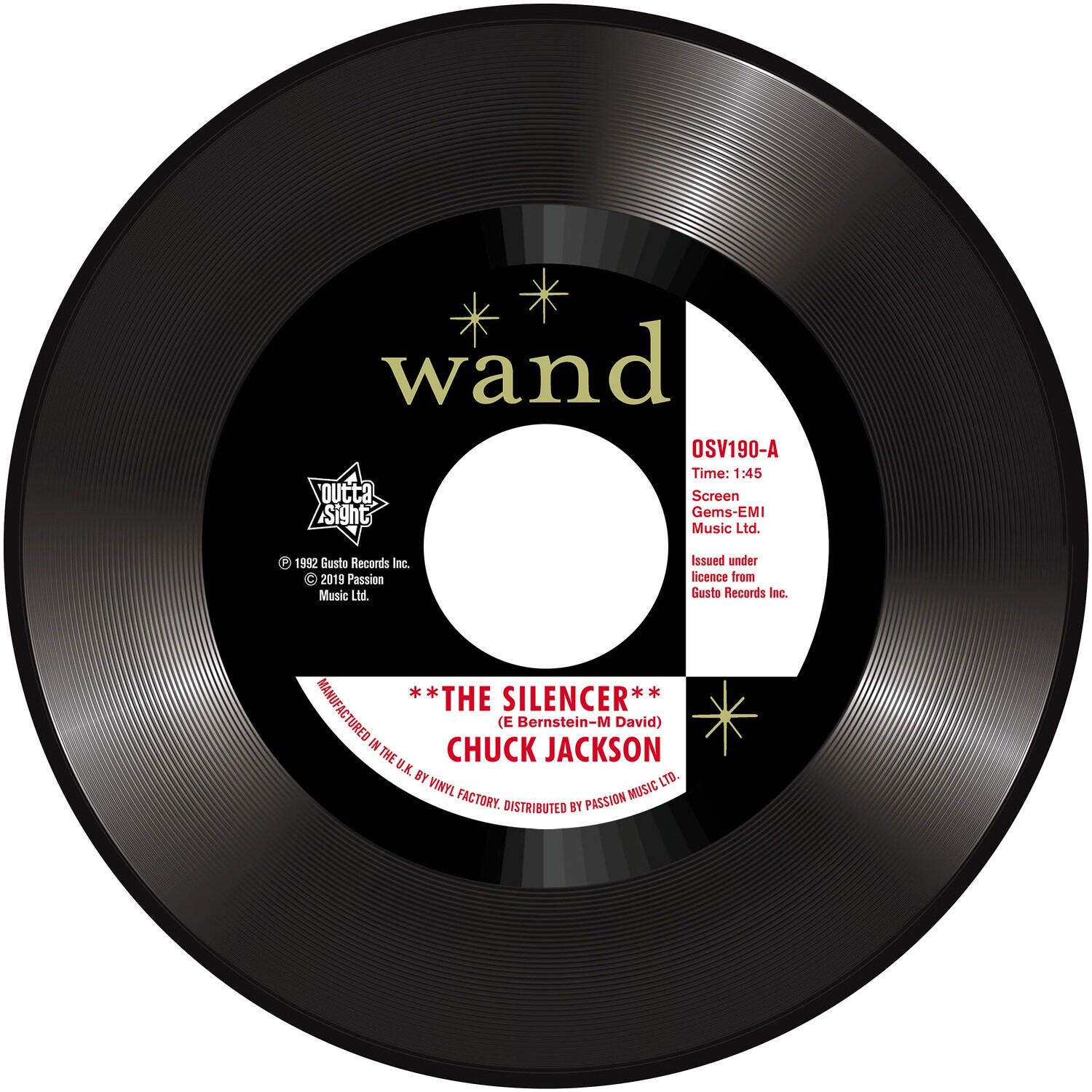 CHUCK JACKSON needs no introduction to fans of Sixties and Seventies soul music. He is a member of, if not the founding father of, the exclusive club of bastions of Northern Soul that includes the likes of Major Lance, Gene Chandler, Jackie Wilson, all enjoying a prolific and long-lasting career with a string of collectable 45s.

Anyone wanting to explore Jackson’s body of work need look no further than KENT’s exhaustive roster of CDs including his eight Wand albums plus authoritative compilations from where we draw our featured sides available back-to-back on 7-inch vinyl for the first time.

“The Silencer” is a killer Bond-esque production on a song originally recorded by Vikki Carr for the Dean Martin movie The Silencers. It was “silenced” at the time of recording and would have to wait almost thirty years for it to be rediscovered by Ace Records. “The Silencer” is also available on our stunning 16-track compilation LP The Nightlife (OSVLP022).

“Little By Little” is yet another fabulous big city production that eluded release at the time of recording and is available here, on 7-inch vinyl, for the first time.