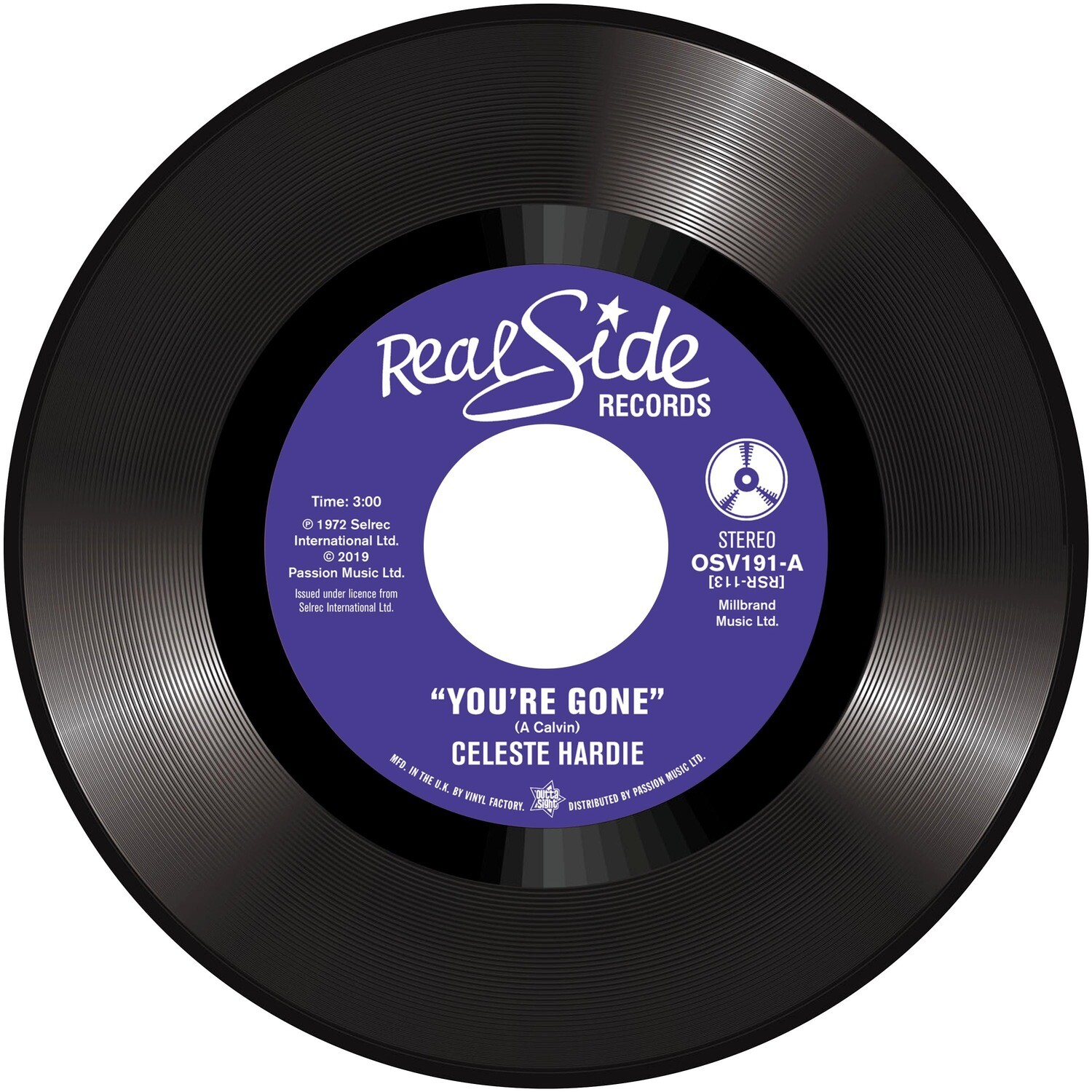 A. Celeste Hardie - You're Gone
B. Sandra Wright - I Come Running Back

REAL SIDE RECORDS, in association with Outta Sight, are back with a stunning double-sider that will have huge demand on both the Modern and Northern rare soul scene. The last Real Side 45 (RSR-112) was incredibly over 10 years ago in 2008: Gloria Shannon “Tears”, which now commands £100! Now, at last, by popular demand we are proud to present the next in the series featuring Celeste Hardie and Sandra Wright.

CELESTE HARDIE recorded a couple of modest 45s for Walter Stone’s San Francisco Loadstone label but it is her debut for Reynolds Records in 1972, “You’re Gone”, that everyone wants to hear, dance to, and now can own! “You’re Gone” first came to our attention circa 1975 when it was championed ahead of its time at Blackpool Mecca by Ian Levine and it sounds even better today.

SANDRA WRIGHT appears on our CD ‘Soul On The Real Side #8’ which features “Midnight Affair” and our chosen side “I Come Running Back”. This totally brilliant midtempo masterpiece is taken from her 1989 ‘Wounded Woman’ album.