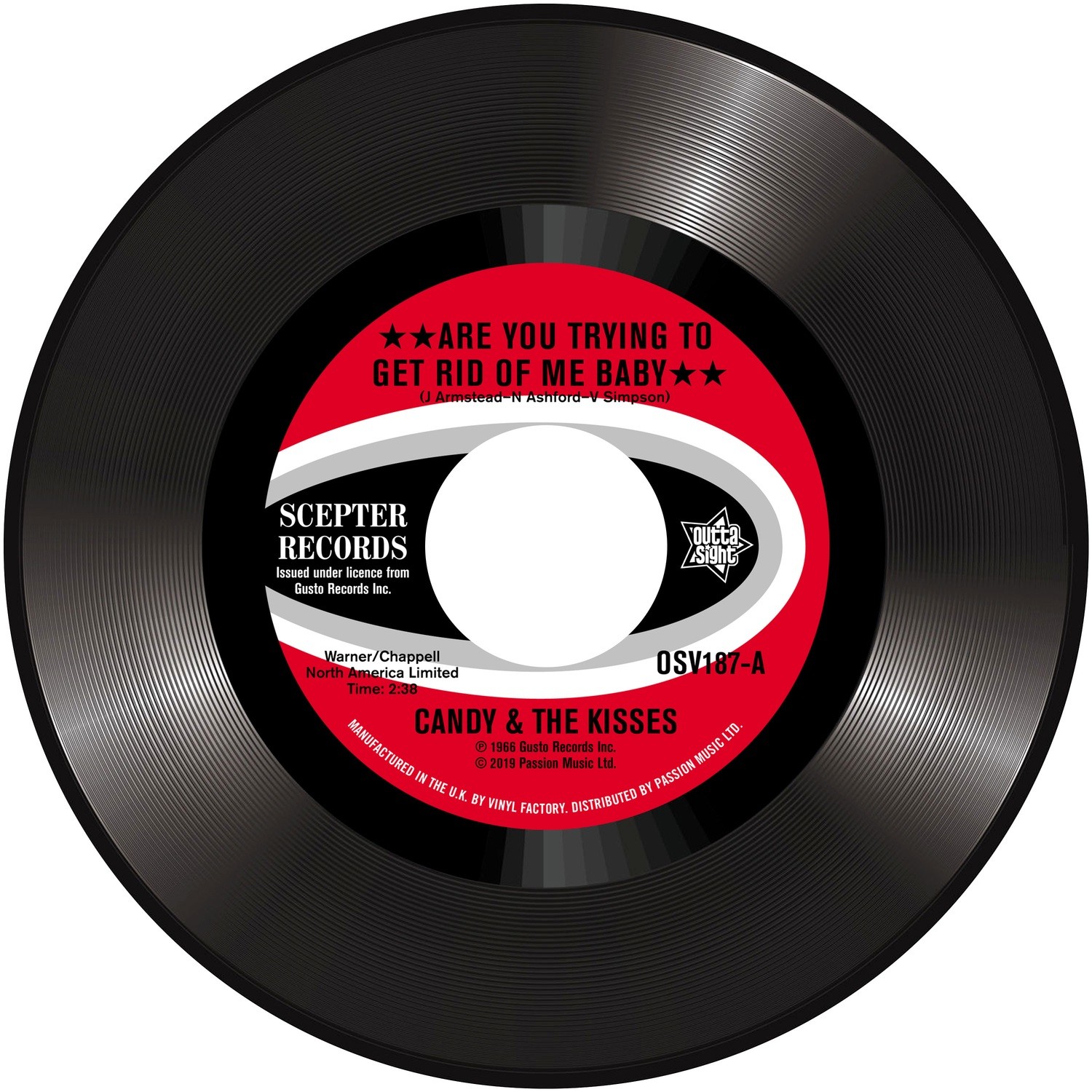 A. Candy & The Kisses - Are you Trying To Get Rid Of Me Baby
B. Val Simpson - Mr Creator

OUTTA SIGHT, in association with Gusto Records Inc., present an exclusive double-sider for the "original vinyl only" lover.

CANDY & THE KISSES burst onto the Northern Soul scene with their first single, and all-time classic, “The 81” co-written and produced by the late, great, Jerry Ross. A number of their songs have found favour over the years including “Out On The Streets Again” and the rare promo B-side “Tonight’s The Night”, and now our OVO… “Are You Trying To Get Rid Of Me Baby”. This storming unreleased dancer first came to our attention courtesy of Kent Records and their 1986 Magic Touch album. The song was originally known by the Crystals on U.A. which has grown in popularity and value in recent times.

VALERIE SIMPSON is better known as one half of music bis. royalty Ashford & Simpson who need little introduction. She co-wrote our topside and “Mr Creator” which she demos here to great effect. The song was taken up by The Apollas on Warner Bros. and went on to become a Northern Soul all-time classic.