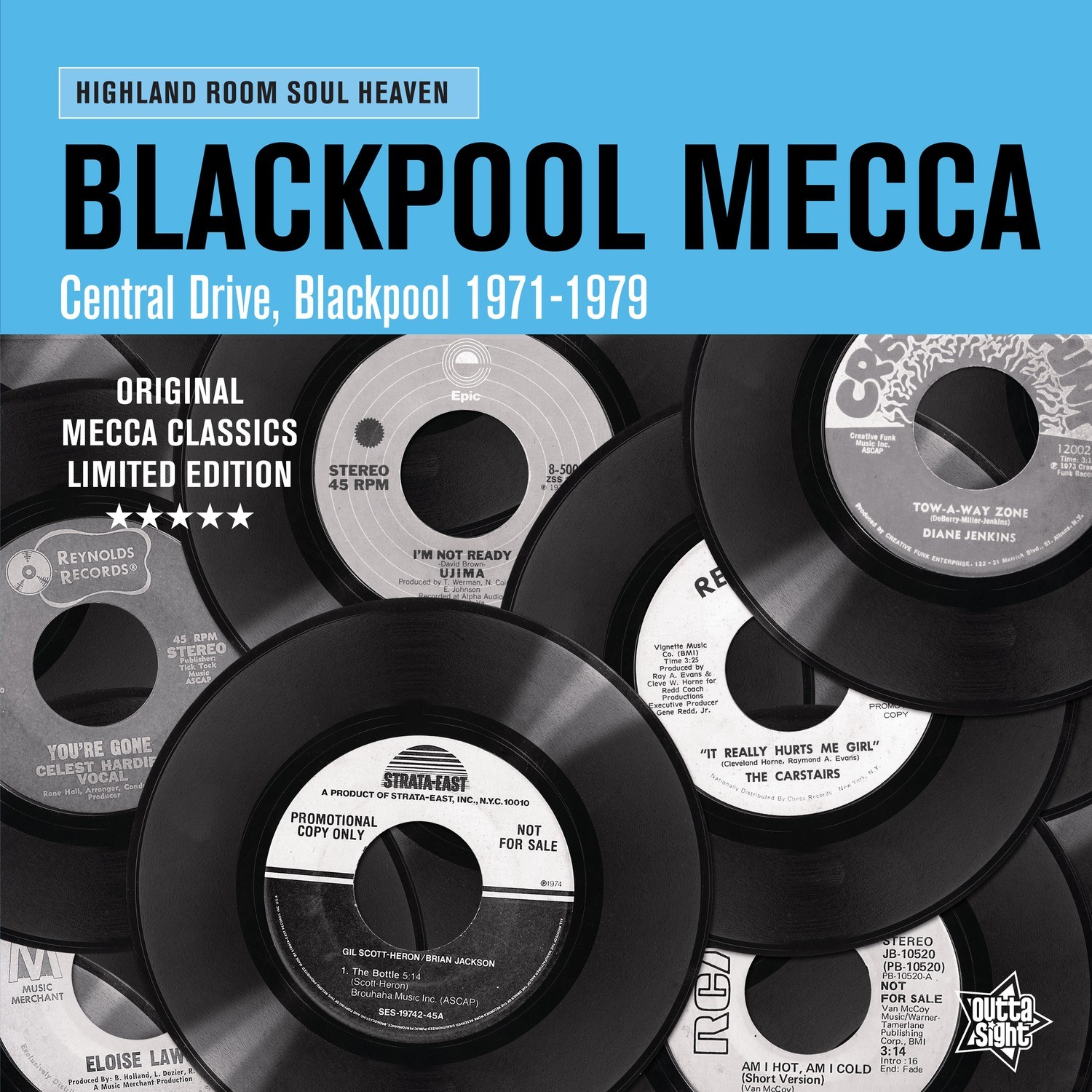 COMPILED BY REAL SIDE RECORDS

“I stopped the music at the Mecca and made an announcement; ‘This is a very special record that I heard on the radio in Miami and it’s taken me 7 months to find it. You have to trust me, it’s not like your normal Northern Soul record, its got something special. Give it a chance and you’ll love it like I do.’ So, I played it and a few people danced to it. Within an hour I had over 100 requests to play it again and I played it 3 times that night. Inside two weeks it stood to epitomise the sound of Blackpool Mecca and paved the way for other, similar sounding records to follow.” Ian Levine

The record in question is, of course, our opening track “It Really Hurts Me Girl” by the Carstairs and the DJ that broke it and pioneered the changing sound of Northern Soul is Ian Levine. The “something special” that Ian refers to is the more sophisticated groove that marked the transition between the traditional sixties stompers, preferred at Wigan Casino, and the emerging disco beat. The “new sound” would divide the Northern Soul scene and fuel an intense rivalry between the two super clubs. The Mecca embraced the evolving funkier sound of the seventies breathing new life into an otherwise regressive and introverted soul scene. It finally closed its doors in late 1979 but, almost forty years on, the music sounds fresher than ever!