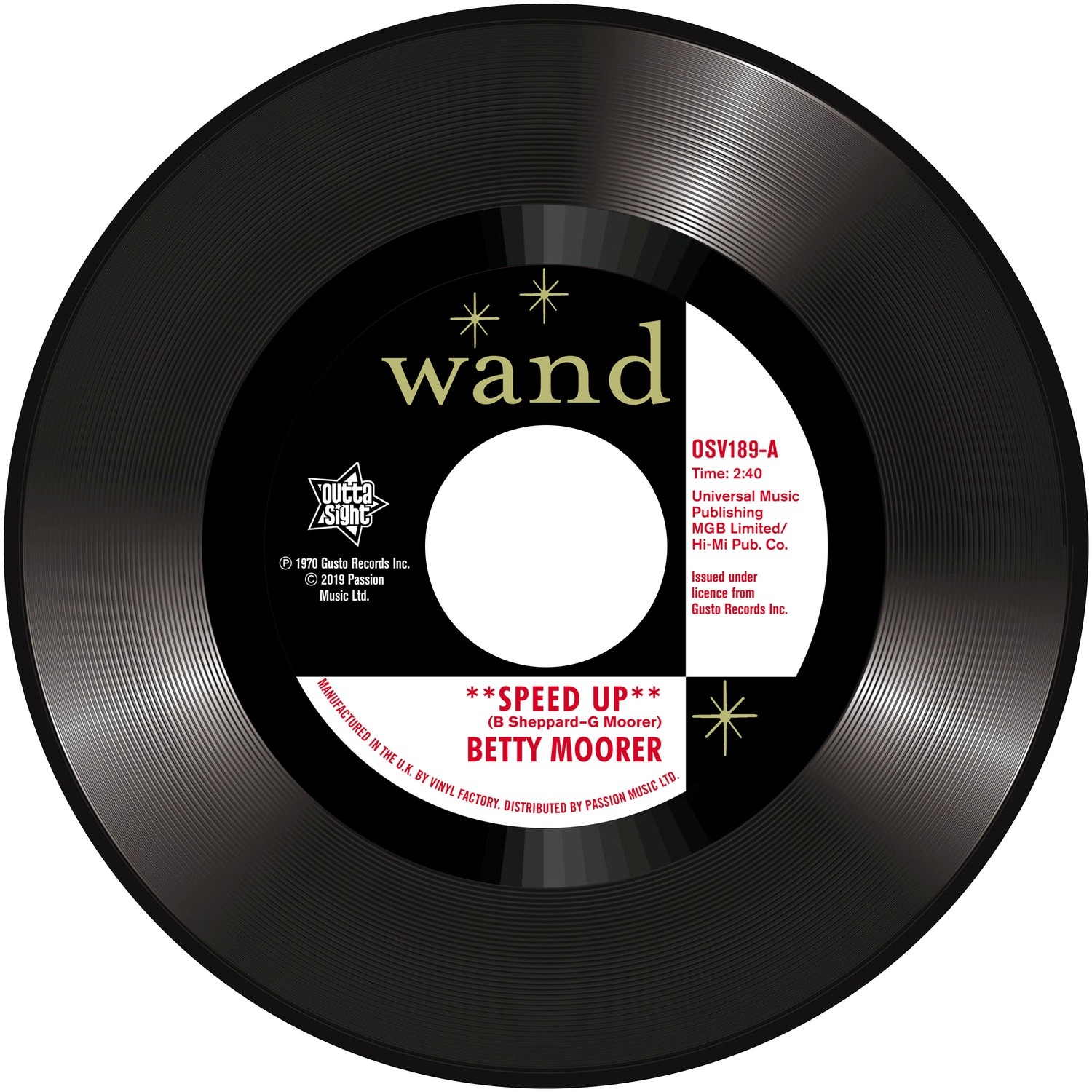 BETTY MOORER, from Milwaukee, Wisconsin, first came to prominence as one of the founding members of the group the Esquires alongside her brothers Gilbert and Alvis. After almost 10-years with the group Betty left, circa 1965, and recorded one 45 for Wand Records which was released in April 1969. It was to be her parting gift to the recording industry and what a legacy! The top side, “Speed Up”, was also recorded by The Impalas later that year but it is Betty’s original and definitive version that captured the hearts and souls of the UK Northern Soul fans at the time and by the mid-Seventies had become an anthem. The B-side is no slouch either as Betty funks it up with a killer version of the Isley Brothers “It’s Your Thing”.