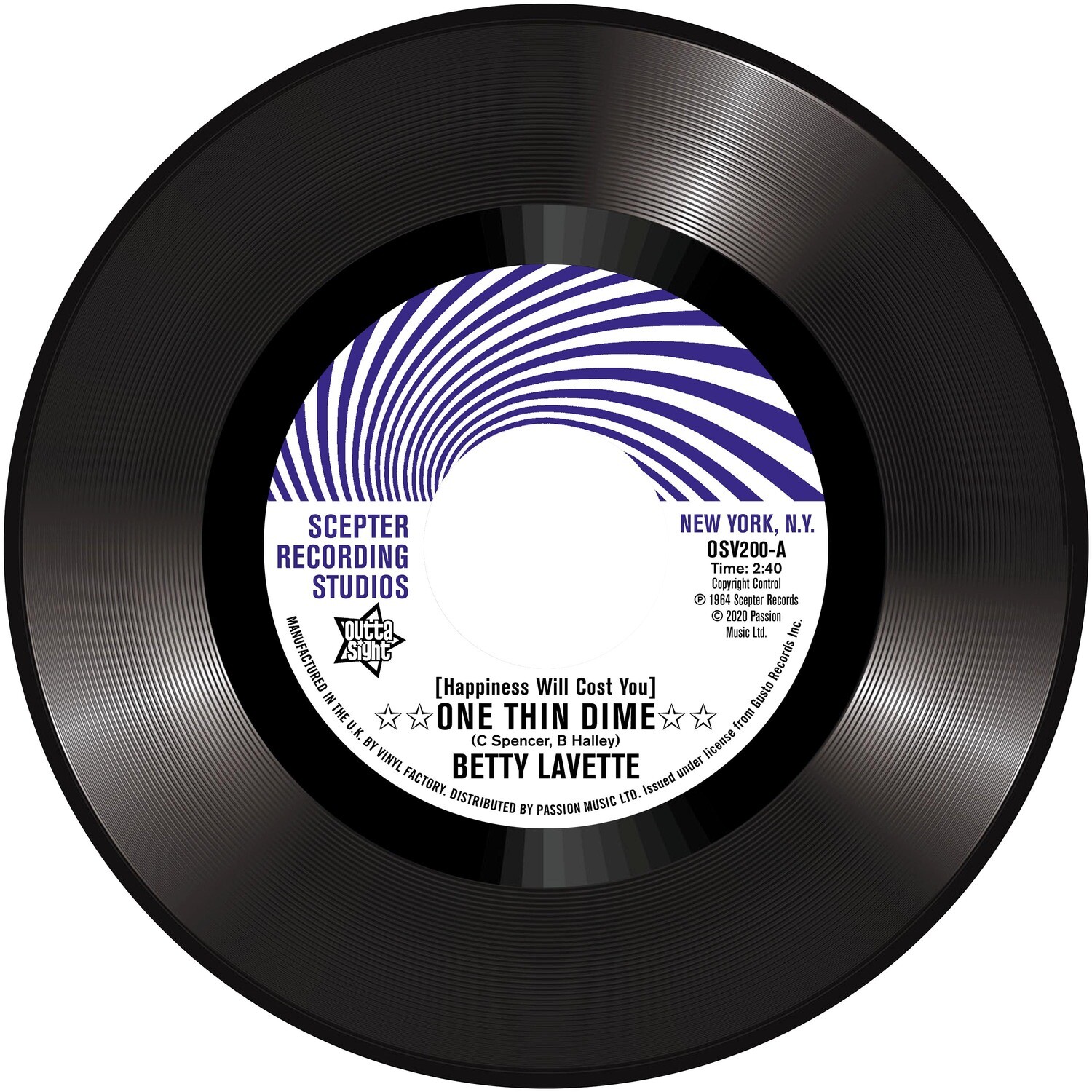 A. Betty Lavette - (Happiness Will Cost You) One Thin Dime
B. Nella Dodds - First Date

First under the spotlight is Betty Lavette with her 1964 recording of “One Thin Dime”, popularised on the Northern scene by Holly Maxwell. Ms. Lavette’s version, unreleased at the time, with its haunting brass and upbeat production is hands-down the superior version. It first came to light in 1993, thanks to Kent Records, on the rare sixties’ soul CD ‘Living The Nightlife’, and is now available, for the first time, on the premier division format… 7-inch single.

Next up is Sixties Soul sweetheart Nella Dodds with her Philly dancer “First Date” produced by the legendary Dyno-Dynamic production team for Wand Records. It was written by James Bishop and originally intended for a mid-Sixties album entitled ‘This Girl’s Life’. The album was rejected at the time but finally surfaced on a Kent CD in 2007. However, like our A-side, “First Date” makes its first ever appearance on a much anticipated 7-inch single.