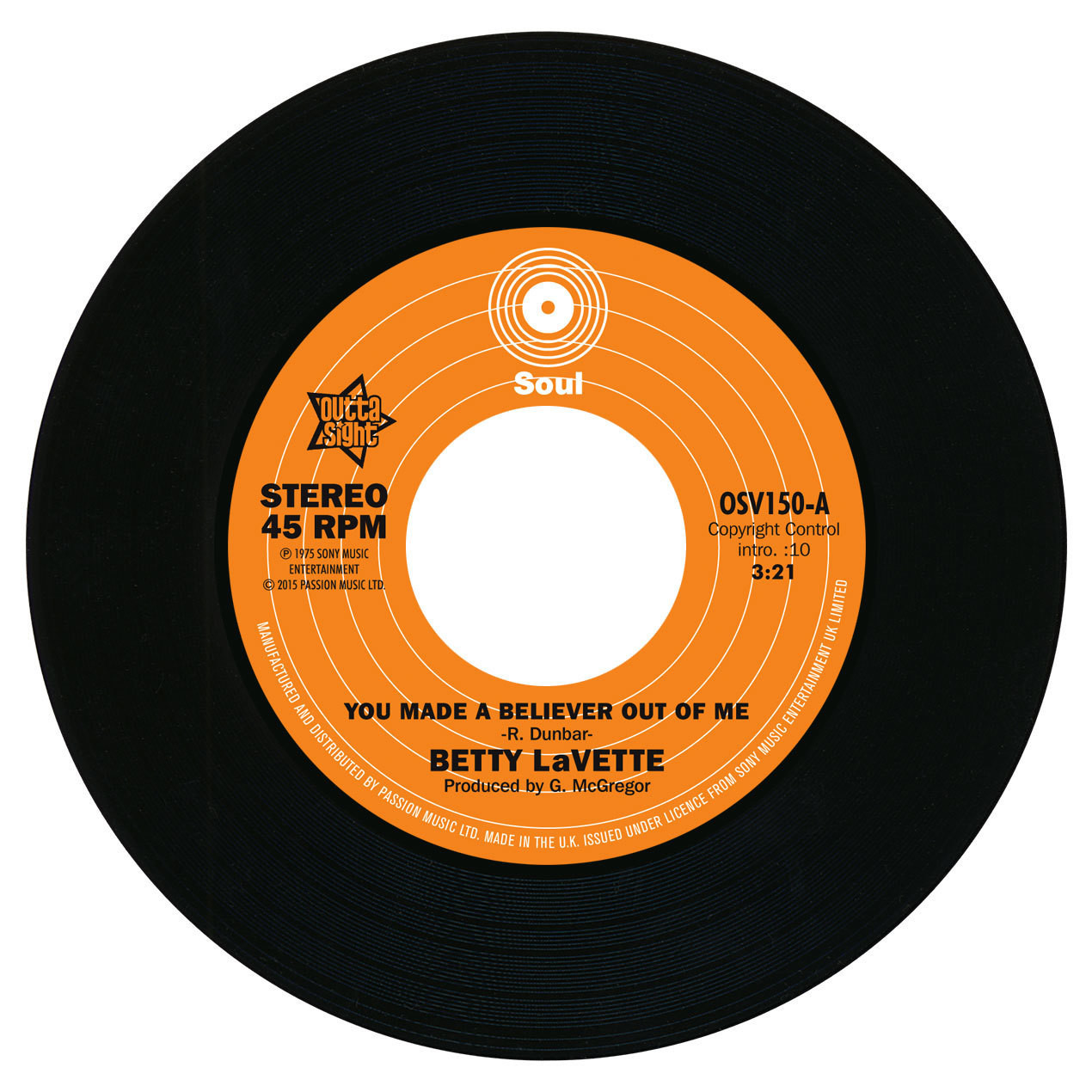 A. Betty LaVette - You Made A Believer Out Of Me
B. Ujima - I'm Not Ready

LaVETTE, (born Betty Haskin, 29th Jan, 1946, Michigan), will be forever synonymous for her 1965 top 20 R&B hit, of the Dee Dee Ford torch song, “Let Me Down Easy” . Almost 40 years on it was back in the charts courtesy of Paolo Nutini who sampled Bettye’s blistering vocal on his 2014 U.K. pop hit. LaVette recorded for many independent and major labels throughout the sixties and seventies but now, approaching her 70th birthday, she is more popular than at any other time in her prolific career. Since 2005 she has consistantly released award winning CD albums and has earned a Grammy nomination.

Here we proudly present her in demand crossover classic “You Made A Believer Out Of Me” recorded for Epic records in 1975. To compliment this special edition we include our re-issue of Ujima’s crossover rarity “I’m Not Ready”.