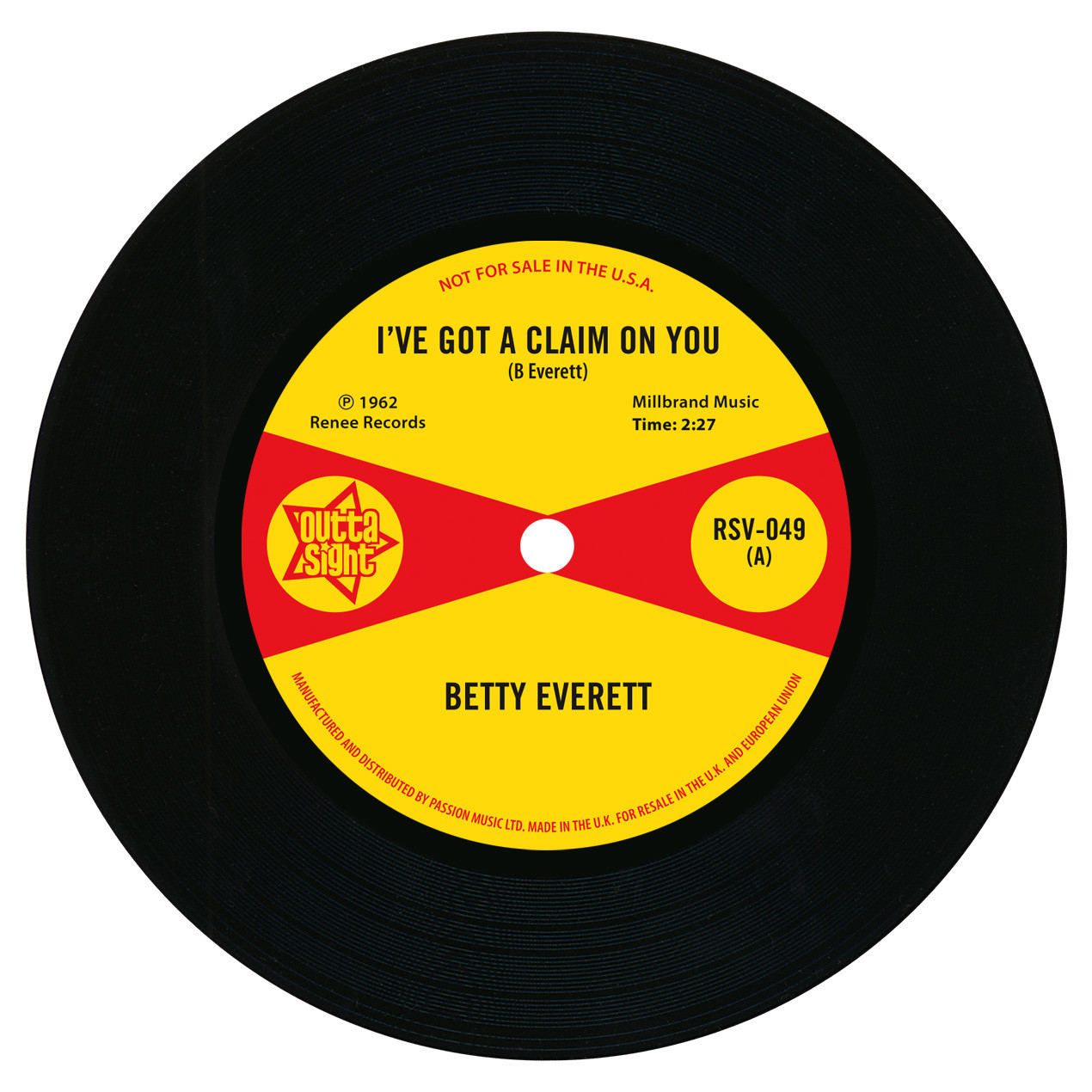 A. Betty Everett - I've Got A Claim On You
B. Juanita Nixon - Stop Knockin'

BETTY EVERETT was born in Mississippi but moved to Chicago, age 18, to pursue a music career. She signed to the local Cobra label and cut her debut disc, “My Love”, in 1957. In ’62 she cut a solo 45 for the tiny Renee imprint, “I’ve Got A Claim On You”, which was picked up for national distribution by One-Der-Ful Records. The song was embraced by the early MOD movement in the UK, promoted by Scene Club DJ Guy Stevens who also reissued the song on his iconic Sue Records in 1965.

JUANITA NIXON cut her King rarity, “Stop Knockin’”, in 1960 which has long been a favourite on the reactivated R&B and Popcorn scene.

Reissued here for the first time on vinyl.
Save this product for later