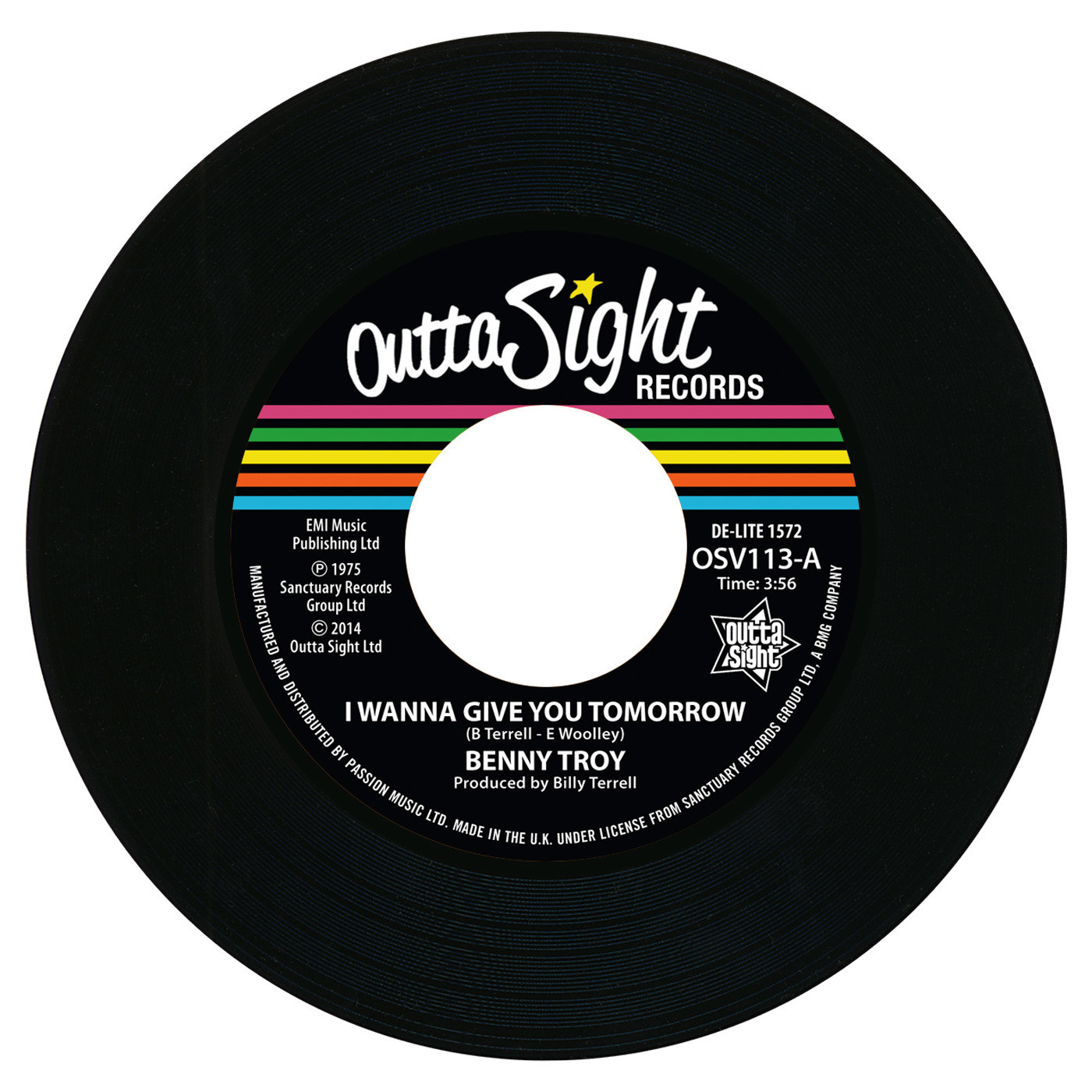 
A. Benny Troy - I Wanna Give You Tomorrow

B. Benny Troy - I Wanna Give You Tomorrow (Extended Disco Version)

New Jersey seasoned vocalist BENNY TROY is a familiar figure on the UK Northern Soul scene thanks to his 1975 disco-tinged dance floor classic “I Wanna Give You Tomorrow” and his sensational appearance at the Prestatyn Soul Weekender in 2009.

Benny Troy, was born Benjamin LaManna, in Newark, New Jersey on February 17, 1947. From an early age Troy was fell in love with R&B music and at 18 he joined a reformed Joey Dee & The Starlighters following in the footsteps of Jimi Hendrix.

After the Starlighters Troy, “The Blue Eyed Soul Brother”, formed the first of his bands, the 9-piece Benny Troy & Action. They toured extensively and became a polished and in demand act on the East Coast lounge and supper club circuit. In ’67 Troy signed to 20th Century Fox and recorded the UK collectable “I Don’t Know You Anymore” penned by former Cameo/Parkway staff writer Dave Appell. A move to Epic in 1970 scored the Northern Soul beater “I Miss You”, written and produced by Neil Goldberg and attributed to Ben E Troy.

By the mid-seventies Troy had teamed up with singer/songwriter/producer Billy Terrell who recorded him on his own composition “I’ve Always Had You” for De-Lite Records, a superb slice of proto-disco and modern soul. The song was a hit for De-Lite and heralded the now legendary album Tearin’ Me To Pieces featuring our new release “I Wanna Give You Tomorrow”.

Benny Troy has performed alongside The Trammps, Vicki Sue Robinson, Tavares and Crown Heights Affair and is still active today in Atlantic City and New York.