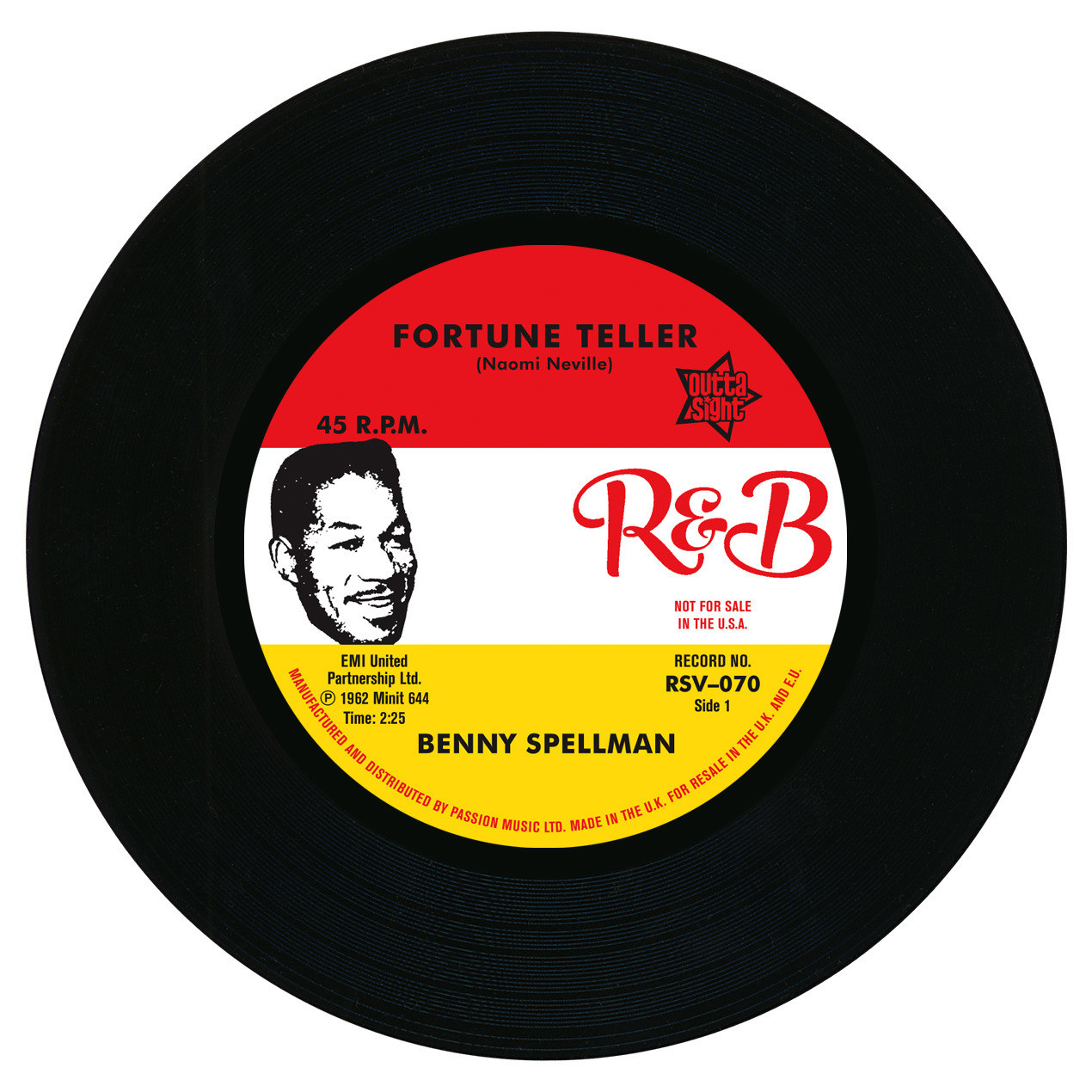 Tousaint was a major influence on the development of New Orleans R&B. His 60 year career was steeped in the very soul of R&B in which he was emersed from a very early age in clubs like the famed Dew Drop Inn on La Salle Street where he hung out with the likes of Huey “Piano” Smith, Dave Bartholomew and Earl King. In 1960 he was hired as A&R man and producer by Joe Banashak of Minit Records which resulted in, amongst many others, the two legendary sides featured here. Toussaint penned both “Fortune Teller” and “A Certain Girl” under the pseudonym “Naomi Neville”, his mother’s maiden name.

BENNY SPELLMAN, from Pensacola, Florida, is forever remembered for his 1962 hit single “Lipstick Traces” and – it’s b-side – “Fortune Teller”. The single reached No. 28 in the Billboard R&B chart and “Fortune Teller” went on to be covered by The Rolling Stones, The Hollies, The Merseybeats and The Who, amongst others. The plug-side “Lipstick Traces (On A Cigarette)” was recorded in New Orleans on February 2, 1962 with background vocals by Irma Thomas and Willie Harper, it was famously covered by The O’Jays in ‘65 who’s version also made No.28 in the R&B charts.

ERNIE K-DOE (born Ernest Kador Jr, in New Orlerans) is also remembered for one hit single – “Mother-in-Law”, which knocked Del Shannon’s “Runaway” off the No. 1 slot in May 1961. Spellman provided the bass vocals on the recording and was disgruntled that he didn’t receive more credit for the hit. It was largely for this reason that Toussaint penned “Lipstick Traces” for Spellman in an attempt to even the score. Our featured side, “A Certain Girl” followed later that year but stalled at No. 71, although it was covered by The Yardbirds in 1964 on their first single.