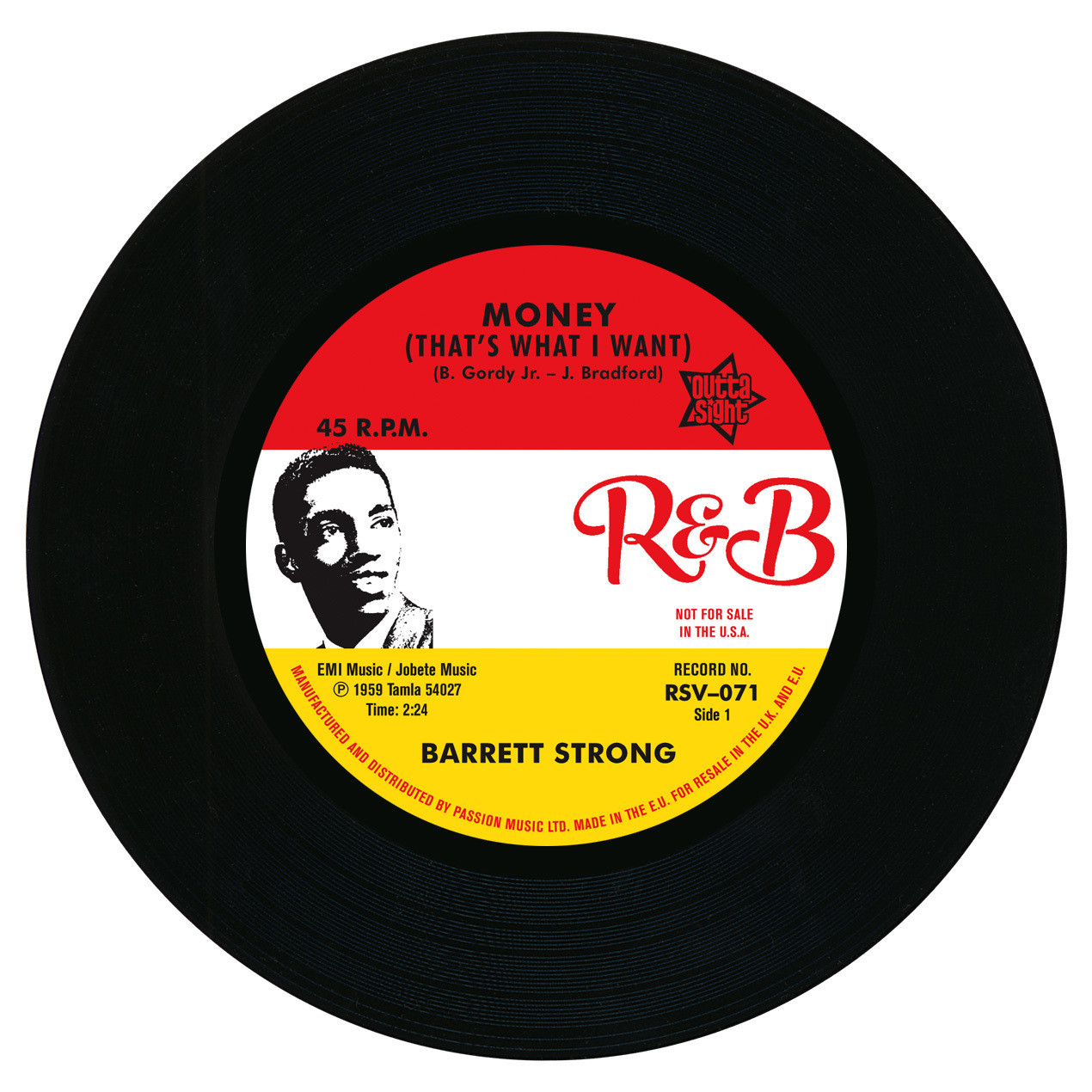 BARRETT STRONG was born in West point, Mississippi, February 5, 1941, almost 75-years to the day of our Diamond celebration single!
Strong was one of the first artists to sign to Berry Gordy’s fledgling Motown empire and the first to hit, with our featured A-side “Money (That’s What I Want)”, probably THE most important record to come out of Motown, certainly in terms of the much needed cash injection, but also to establish the Motown brand and as a benchmark for what was to follow. The passing of time has only served to cement “Money” as one of Motown’s true classics that still overshadows its countless cover versions. Strong delivers a confident, raw vocal, a million-miles from his debut disc, “Let’s Rock” only months earlier. Brain Holland features on tambourine, keeping rhythm with Benny Benjamin on perhaps his first legendary drum performance. The Berry Gordy Jr production, he also wrote the piano part, was intially pressed on the Tamla logo in August of ’59 and reached No.2 R&B when it was leased to Gwen Gordy Fuqua’s ‘Anna’ label for national distribution.
In sharp contrast, our chosen B-side, “Misery”, was a complete flop when it was released in June, 1961, and signalled the end of Strong’s career as a recording artist for Motown. He left the company in search of that ellusive hit, recording for a number of labels including Atco, Tollie, Epic and Capitol. Fortunately he returned to the Gordy family establishing himself as one of the most successful of Motown’s song writers, teaming up with producer Norman Whitfield, and penning iconic sides such as “I Heard It Through The Grapevine” for Marvin Gaye, “War” for Edwin Starr and “Cloud Nine” for The Temptations.
“Misery” has gone on to become Strong’s most indemand and collectable Northern Soul 45, frequently changing hands for over $300. It is comfortably his most accomplished vocal and a worthy swan song that deserved more attention at the time. In recent years a further unreleased Motown recording has surfaced, the brooding “Sugar Daddy”, a rework of his earlier Tamla side “You Knows What To Do”.