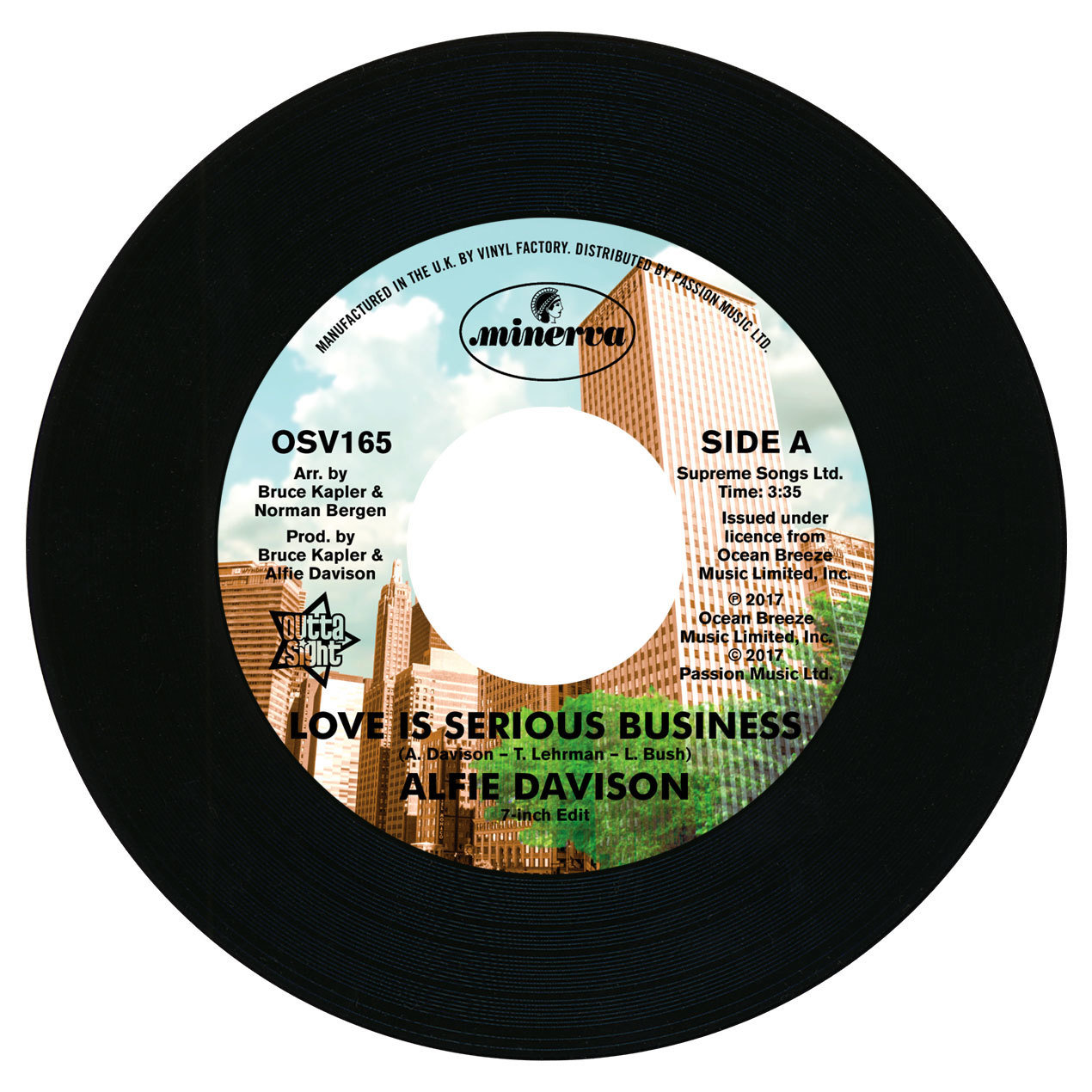 
ALFIE DAVISON first came to prominence in the early seventies as a DJ on the New York dance scene breaking cutting edge singles such as “Soul Makossa” by Manu Dibango. Eventually he hit with his own song -- “Who’s Gonna Love Me” -- recorded by The Imperials and breaking the U.K. Top 20 in December 1977. Davison did record his own version which saw a release in the U.S.A. on the RCA imprint, but it failed to chart.

However, it was his sublime single – “Love Is Serious Business” – that propelled him into the Northern Soul Hall of Fame. Released on Mercury Records in 1979, in both 7 and 12-inch formats, it was an instant hit in the North of England where it packed the floor at Wigan Casino courtesy of the forward-thinking DJ Richard Searling who, at the time, favoured the rare 12-inch import.

Sadly, the song failed to chart despite a favourable reception in the trade magazine Billboard, although, oddly, it was reviewed in the “Pop”, rather than the “Soul” section. Davison was completely unaware of the “serious” club action that the song received in the U.K. and he never performed it in public, until Ian Levine met up with him at the dawn of the new millennium, in Brooklyn, for the filming of “The Strange World Of Northern Soul”.

Alfie Davison passed away in 2014 and leaves behind a small but precious legacy that will be forever cherished in the Hearts and Souls of Northern Soul fans worldwide.