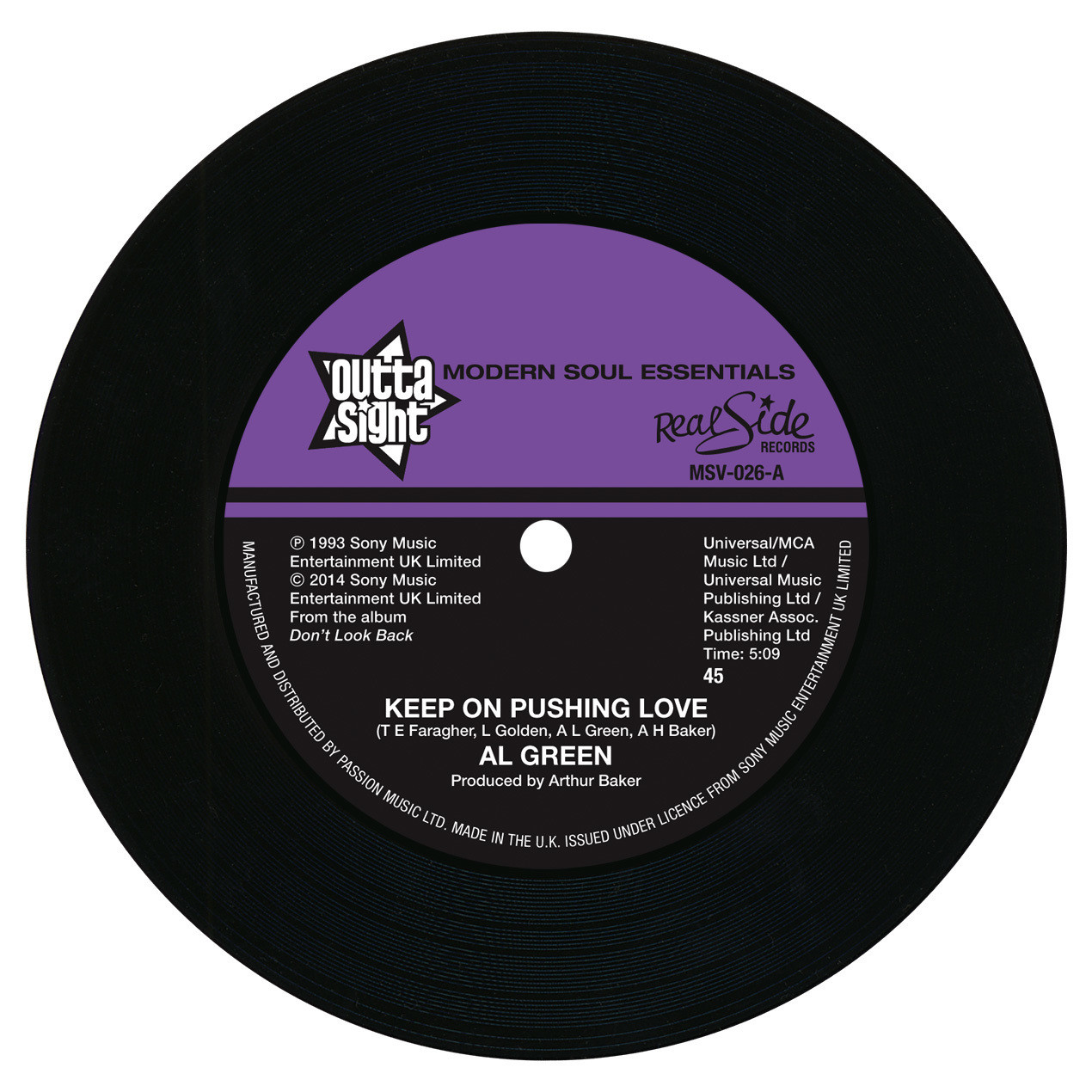 B. Al Green - Your Heart's In Good Hands

AL GREEN co-wrote “Keep On Pushing Love” in 1993, which first appeared on the Don’t Look Back album produced by Arthur Baker. It was an almost instant hit in the modern soul rooms and has enjoyed iconic status ever since. In 1995 Joey Negro remixed it for a 12-inch but here we feature the original recording that makes its 7-inch vinyl debut.

“Your Hearts In Good Hands” is from 1995 and is the lead track on the album of the same name. Arthur Baker, producer, captured Green’s original vocal style and sound, as with the earlier production of “Keep On Pushing Love”.